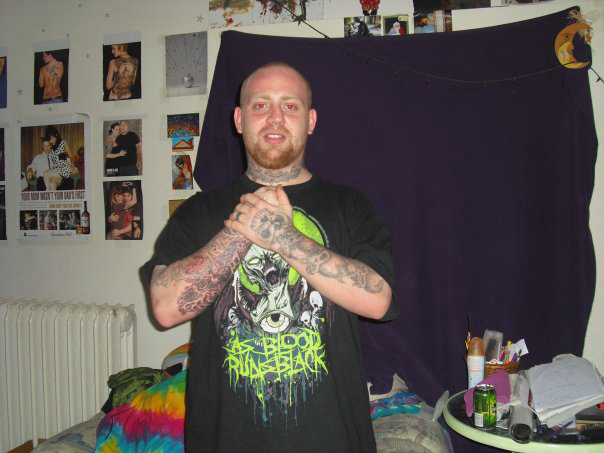 He was born In La Crosse, March 30, 1985 to Paul J. Martell and Kimberly S. Veglahn.  He received his GED from Central High School.  He held various jobs with the help of his mentors, Sharon and Gary Harter and appreciated their commitment in trying to make his life better.  A special thank you to Colleen Hogan who helped Michael throughout the years with various things that were important to him.

Michael enjoyed skateboarding in his earlier years.  He loved spending time with his loving companion, Sarah Evans and their daughter, Octavia who meant the world to him.  He was very technology inclined and loved to work on computers and play games with his friends, Ryder, KJ, Hannah and Dave.  He also enjoyed the outdoors, fishing and taking long walks with his Grandma Ellen and Octavia as well as fishing with his favorite friends during the summer and winter months.  Michael was a creative tattoo artist and was proud of the artwork he made for his own and others’ tattoos.  He had a host of pets including Guinea pigs, dogs, cats and a turtle who were all his best friends. He lived most of his younger years with his Aunt Susie and Uncle John Harter whom he said was his Special Mom and Dad that loved him dearly and treated him as their own son.  He lived in his later years with his Father, Paul and his Step-Mother, Valerie.

Michael struggled with addiction and demons for many years but had been drug free for the last five years of his life with the support of Sarah and his immediate family.  He was a gentle giant and proud father of his precious daughters, Octavia and Emma.

We will miss Michael greatly but we take comfort in knowing he is Happily greeted by his Family, Friends and Pets in Heaven and is Free Riding with the Angels in the Sky.  He lives on within our Hearts and Souls forever until we once meet again.

The Coulee Region Cremation Group is assisting the family.

“Our past does not have to define us; sometimes it is just a stop along the way….”