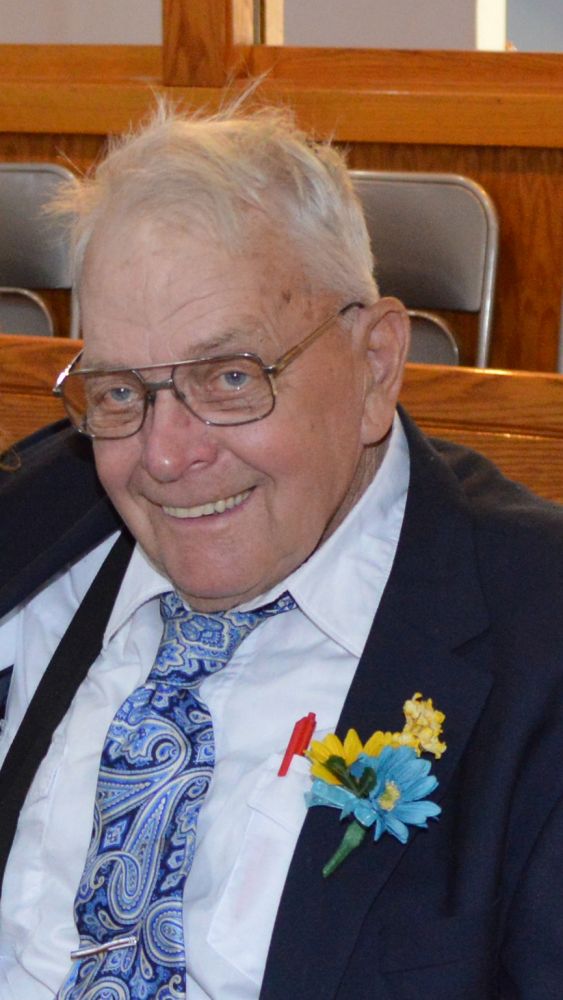 Paul H Tewes of Spring Grove, MN, formerly of Caledonia and Eitzen, Mn. He passed away peacefully on Wednesday April 1, 2020 at Gundersen Tweeten Care Center in Spring Grove, Minnesota. He was born July 4, 1932 in Caledonia, MN to his parents Wilhelm and Anna (Hahn) Tewes.  Paul graduated from Winnebago Township School.  He married Shirley Joan Ranzenberger on September 21,1956 in Eitzen, Mn.  His wife, Shirley died in May of 1998.

He farmed his whole life in Winnebago Valley and on Murphy Ridge near Caledonia, MN. Retiring to his home in Eitzen, He was an active member of St John’s Evangelical Lutheran Church in Caledonia and served on both their church and school board. He was on several boards over the years including Mayville township and Houston County Farm Bureau. Paul enjoyed socializing at local establishments, attending dances, polka and waltz music, entertaining his grandchildren, Allis Chalmers tractors, custom combining and mechanical repair.

Funeral services will be held at time to be determined later at St John’s Evangelical Lutheran Church and Evergreen Cemetery.  Coulee Region Cremation Group is assisting the family with arrangements.