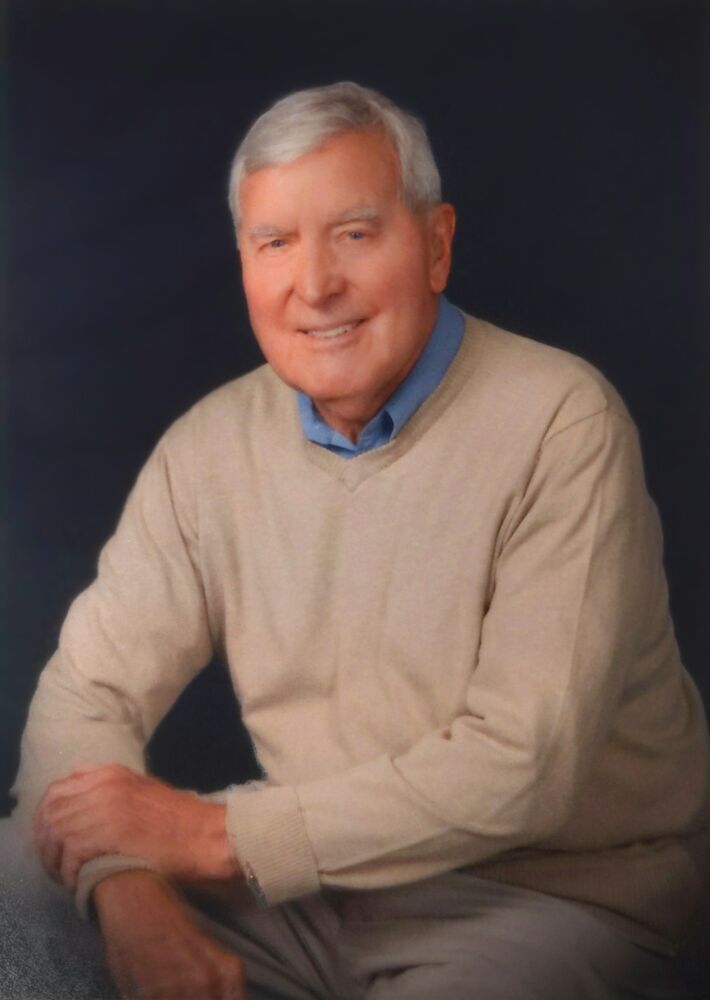 Peter was born on October 2, 1929 in Detroit, Michigan and was the youngest son of Maurice and M. Anne (Taylor) Hammond.
Peter, age 92, passed away peacefully on May 20, 2022 in Eagle Crest South, La Crosse, Wisconsin. Peter attended University of Michigan and graduated from Hillsdale College with a Bachelor of Arts Degree. He later attended Lawrence Institute of Technology with a Bachelor of Science in Architectural Engineering. Peter was a Sergeant in the U.S. Marine Corp from 1952-1954. Peter worked as an Architect in Chicago, Illinois until retiring to Bailey’s Harbor in Door County Wisconsin. He then moved to La Crosse, Wisconsin where he resided for his remaining years. Peter was a loving husband and devoted father, grandfather and great grandfather. He is survived by his loving wife of 71 years, Grace Ohlmacher Hammond, three daughters Ann(Steve) Wolstad, Linda(Paul) Zaleski and Judy Sperling(Mike Cohen), six grandchildren and five great grandchildren. Peter was known for his tremendous sense of humor, great wit and sense of adventure. He loved the outdoors, swimming, playing golf and tennis. Peter was also a talented artist who created beautiful oil paintings, water colors and carvings. He was a devout Christian and served in the ushering corp of Christ Episcopal Church in La Crosse, Wisconsin. In addition, the family would like to thank the staff at Eagle Crest South and Dr. Bassing for their loving care during his final days of life.Memorial Service will be at 1:00pm Monday, June 13, 2022 Christ Episcopal Church 111 N. 9th Street, La Crosse, WI