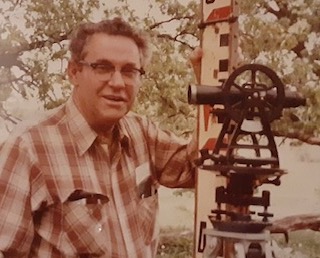 Stanley Earl Tyler, 99, of West Salem, Wisconsin passed away on November 11, 2021, at Mulder Health Care Facility in West Salem. His wife Fern (Rowe) Tyler preceded him in death on March 23, 2021. They were united in marriage on September 27, 1943, and reunited in heaven on November 11, 2021. They were married for 78 years. At their request, a joint memorial service will be held for Stanley and Fern Tyler on Saturday, July 23, 2022, at 1:00 p.m. at Faith Baptist Church in La Crosse, Wisconsin. The public is invited and a lunch will be served. Memorials may be directed to Faith Baptist Church, Mayo Clinic Health System or Gundersen Health System.

Stanley was born the son of Willard (Buck) and Ruby Tyler on December 15, 1921 in Camanche, Iowa.

He served in the US Army/Air Force from 1942-1945 as an aircraft maintenance and repair technician, as well as an aerial photographer and developer. After his term in the Air Force, they bought a farm in DeWitt, Iowa, where he started a career in the U.S. Department of Agriculture Soil Conservation Service.

He served in Clinton County for 4 ½ years. In January 1963, they moved their family to Onalaska, Wisconsin where Stanley continued his career as a soil conservationist for La Crosse County.

He retired after serving the county for 23 years and had come to know every farm owner and their farmland. The family bought a farm in Scotch Coulee in West Salem and lived there for 30 years.

Stan faithfully served the Lord and his family since he was a young man. He was a long-time member of Faith Baptist Church of La Crosse and loved his church family. He was a master gardener who tenderly cared for dozens of varieties of daylilies and maintained a vegetable garden on the farm in West Salem. He loved to till the soil and was a “keeper of the land.” He was a beautiful whistler and loved to walk in the timber. Stan and Fern loved to travel and had the opportunity to travel to England on two occasions.

The family wishes to thank Mulder Health Care Facility in West Salem for their excellent care and attention over the past two and one-half years, as well as Mayo Clinic Hospice of La Crosse.

A memorial service will be held on Saturday, July 23rd, 2022 at 1:00 pm at Faith Baptist Church in La Crosse.  A luncheon will follow.