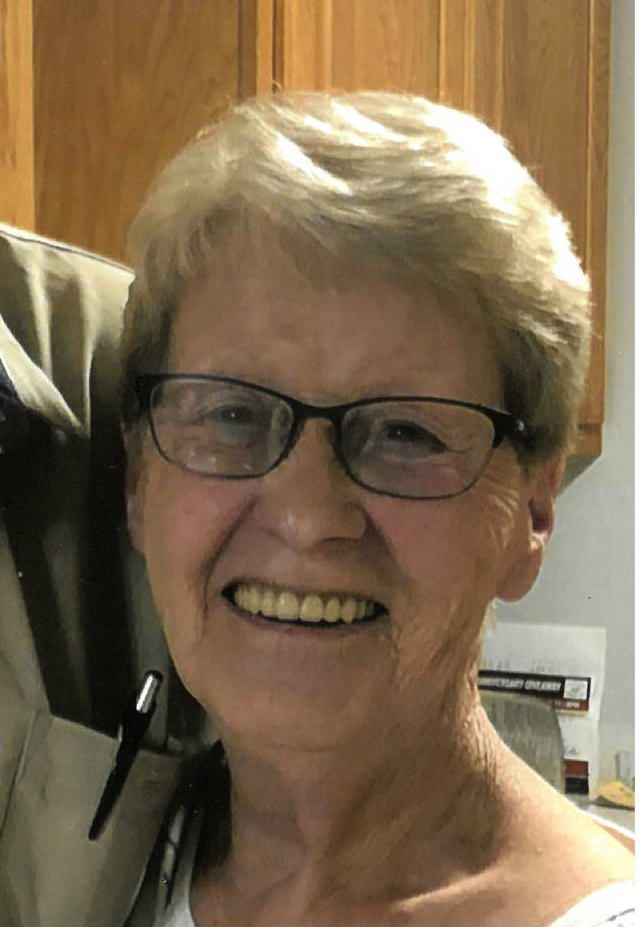 Sandra (Sandy) Kaye Carlson age 77, of Onalaska, passed away peacefully on June 11th 2022 at home in Onalaska, WI. She was born on July 11th, 1944, to Laura (Kingdon) Pinker and Clarence Pinker. She married James Alton Carlson on May 26th, 1962 at Asbury Methodist Church in La Crosse, WI.

Sandy loved animals, chocolate, “Misser Moon”(the one in the sky), and above all, her family. She loved baking (her chocolate chip cookies were the BEST), reading, walking, and the outdoors. She was a force of nature who lived and loved well.

The greatest joy of her life was time spent talking and laughing with her family and friends. She was a source of joy to each person she encountered. Sandra means “the helper” and it absolutely delighted her to help others.

Sandy was a beautician and also worked as a nurse’s aide at the Onalaska Care Center for over six years. She was a mom to all the neighborhood kids, and a Girl Scout leader. Often times there were several hundred boxes of Girl Scout cookies in her garage.

Sandy worked with her husband at Jim Carlson’s Auto Center, running their business together for over forty years. It was always a priority of hers and Jim’s to attend family and friends’ important events, including weddings, birthdays, memorials, and even a birth in Mexico. Her home is filled with photos of her family who she would talk to and pray for as she dusted. The stuffed animals in her home, each specifically named, were also the recipients of her thoughts and comments as she cleaned her home (which was never dirty according to anyone but Sandy).

She loved to travel (but did not appreciate turbulence). She was a willing explorer, always ready to adventure, whether to London with her daughter to see relatives, to the East Coast with friends, or on a long walks around town with her grandsons. When Sandy and Jim’s two children were young, they enjoyed summer vacations to Yellowstone, Wyoming, Florida, and California. She liked vacations that included lodging in hotels and in the homes of relatives. Camping, not so much.

She loved her cars, and most specifically, her black “05 Monte Carlo, affectionately called “Monte”.

She was filled with sugar (M&Ms) and spice (sass). She treasured coffee dates and enjoyed raspberry oat milk lattes. Her wit was quick and rarely matched. She truly loved everyone as they were, and never quit improving herself. Her beautiful hair was always in place, as much as she believed otherwise, and her green-blue eyes glittered.

Her last Facebook post was an image of Snoopy, Charlie Brown and a sunflower, and it said, “When you can’t find the sunshine, be the sunshine.” Just days before she passed, her daughter and grandson asked how they could be praying for her. Sandy’s response was, “Oh, there’s nothing. I have everything I ever wanted in this life.” Then she winked and smiled.

Preceded in death by her parents, her brother Larry Pinker, as well as several beloved aunts, uncles, and cousins.

Special thanks to the caring team at St. Croix Hospice. In Lieu of Flowers, memorials preferred to organization of personal choice. A Celebration of Life will be held in Onalaska later this year.