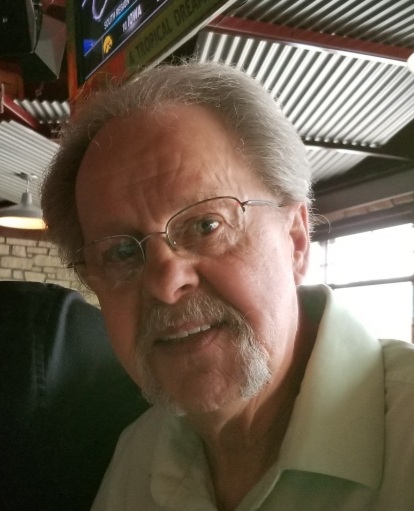 Albert Roy Seebauer reached the finish line of life here on earth on Friday, October 1, 2021. He was born in La Crosse, WI on March 24, 1948 to Edwin and Alice Seebauer. He was the second of their 4 children and graduated from La Crosse Central High school in 1966. Albert was employed by La Crosse Footwear for over 35 years.

He grew up in a family that enjoyed cars and racing. His dad and the boys owned the #40 1957 Chevy car and raced from 1953-1971. They started out racing at the South Side Speedway and continued to race on the North Side of La Crosse and in West Salem.

His pride and joy was his 1969 Camaro and enjoyed driving it to special family events. He loved watching NASCAR and the Green Bay Packers on Sundays and rooted for the Brewers.

He spent his life watching races at tracks all over Wisconsin and Iowa. He never turned down an opportunity to go watch a dirt track race, especially with his wife, children, brothers, sister, nephews, and nieces. When he wasn’t at the races he was working on cars with his brothers and enjoying the hotrods at local car shows.

Albert’s place in life was the outdoors. He was a true sportsman and along with his family and friends, spent countless hours on the water and in the woods. He grew up hunting racoon, pheasant, deer, squirrel, and rabbits and whether he had a bow or a gun, he was smiling.

Whether he fished from the boat with a cane pole or the shore with a bait caster he was in heaven here on earth. You could find him any day of the year on Lake Onalaska at the spillway, the back water sloughs of the Black River or Mississippi or up north on the Chippewa Flowage. Many early mornings and just as many sunset-filled summer evenings were spent on the water. Albert’s talents were not wasted when he entered a few bass fishing tournaments and brought home awards. He never complained of being cold as he ice-fished while sitting on a bucket in the open air and caught his day’s limit of crappies. Albert’s fresh catch of bass, sunfish, walleye, or perch was always delicious for a fish fry and he was most generous in sharing with his family and friends.

Albert was a huge fan of polka music. He could dance the night away and loved every minute of it. You could find him on many Sunday afternoons at the Concordia ballroom and he was most proud of his cousin’s band Daddy’s Girls, especially when Lisa played the “old button box” for him.

He and his wife and children enjoyed yearly summer camping trips to Hayward, WI and in retirement you could find he and Mary at their camper up there enjoying time relaxing on the water and exploring northern Wisconsin. He looked forward to those two weeks in the spring and fall.

He leaves behind his wife of 40 years, Mary Seebauer of Onalaska, WI his two children, Hollie (Jason) Gust of Barneveld, WI and Allen Seebauer of Onalaska, WI. He is also survived by his five grandchildren, Morgan Gust, Ryan Gust, Mark Clark, Cyrus Clark, and Louis Clark, a sister, Joyce (John) deal, a brother, Bernie (Grayle Berg) Seebauer, a sister-in-law, Barbara Dettinger, sister-in-law Lorraine Seebauer and his nephews James (Gina) Deal, Mark (Kristie) Seebauer and his nieces Sara (Michael) Albrecht, Courtney (Jason) Pedretti, and Brooke Seebauer along with several great-nephews and great-nieces. He is preceded in death by his parents and one brother, Robert Seebauer.

Albert was a man who touched many lives. His passion for the outdoors and willingness to lend a helping hand did not go unnoticed. There wasn’t anything he couldn’t or wouldn’t try to fix himself. His work ethic, laid-back attitude and playfulness will be truly missed in the lives of those who he embraced with his love.