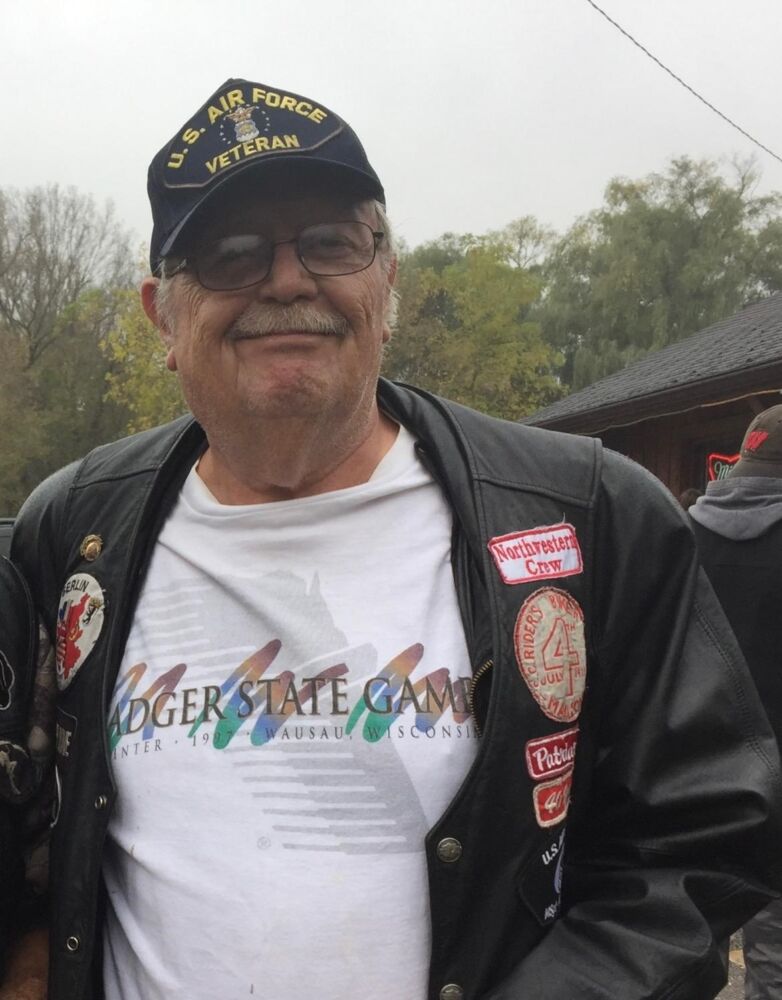 Allen “AB” Arthur Barry, age 79, passed away peacefully and went to be with his Lord, surrounded by his loved ones, on August 3rd, 2022 in Onalaska, WI. He was born to father, Albert Barry and mother, Pauline Gidley in Cook County Illinois July 29th,1943.

AB joined the Army when he was 17 and he was stationed in Germany. Later, he joined the US Air Force Reserves and retired as a Master Sargent (E7) in 2003. After his service, he worked at the diesel trucking driving school in Sun Prairie and was a truck driver for most of his life. He was a member of the Teamsters local 695 and spent his life with The Capitol City Riders Motorcycle Club of Madison Wisconsin. When he was club president, he had met the majority of his lifelong friends and brothers. In addition, he was also a member of the La Crosse Eagles club.

He was a man that was always up for an adventure. He had a heart of gold and would go the extra mile to help people. AB could walk in anywhere, knowing no one, and leave with friends.  His favorite quote was out of 50,000 manhole covers I happened to fall into this one. He was a man that if you met him his impression would not allow you to forget. After his diagnosis in 2020, he lived his life to fullest with creating his own parades, having celebrations, and becoming a master fisherman. He truly loved having unique items in his lifetime.

A special Thank you to the Mayo Hospice team who provided his care for the last two years.