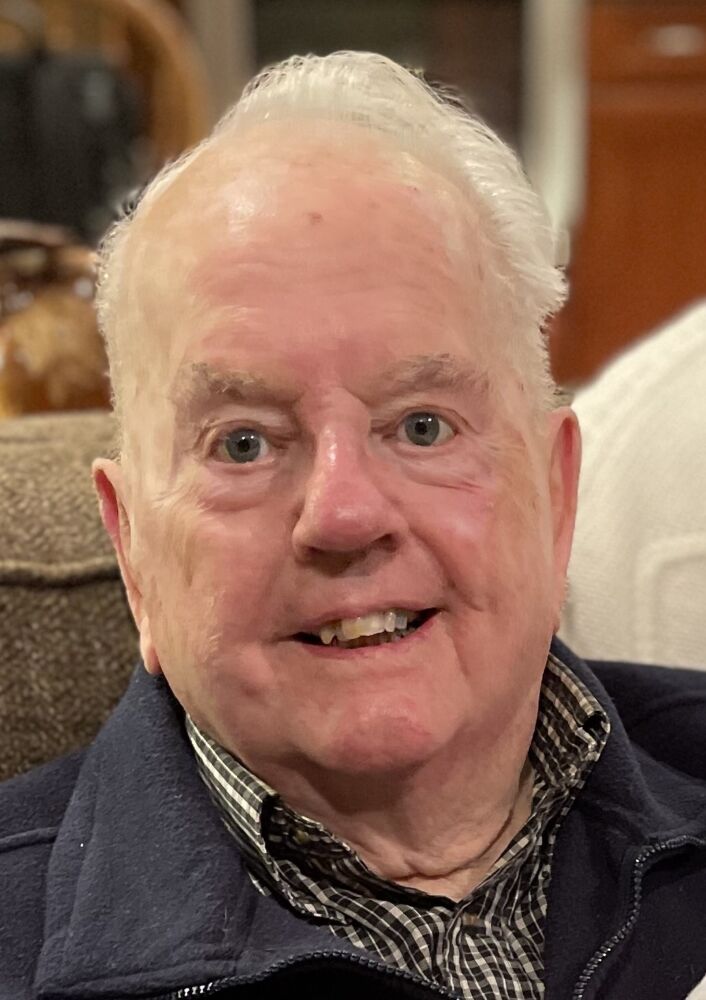 Arnold “Arnie” Charles Holthaus, 91, devoted husband, father and grandpa passed away at Gundersen Lutheran Medical Center on Saturday, December 11, 2021. He was the ninth child born to Frederick and Nellie (Adams) Holthaus, December 31, 1929, growing up in Onalaska and graduating from Onalaska High School in 1948.

He met the love of his life, Nancy (Pinker) on a blind date arranged by one of his nieces.  They married May 2, 1959, at Christ Episcopal Church in La Crosse and celebrated 62 years of marriage.  Arnie worked at Trane company for 21 years, then as sales representative for Mississippi Welders 21 years and joined Advanced Electric to make deliveries.  He was completely retired at age 88.

After high school, Arnie was drafted to the Korean war and was a medic in the 34th General Hospital.  During time spent in Germany, he was able to connect with Onalaska classmate LeRoy Hougom who happened to be there at the same time, seeing a familiar face from home.  Arnie and Nancy enjoyed many years organizing his “Army buddy reunion” to stay in touch with those he served with.  As an Army veteran, he was able to participate in the Freedom Honor Flight with son, Jeff, accompanying him.

Arnie worked along with his father, brother Donald and other family members, with their team of Mountain Welsh ponies which they took to area parades and rodeos.  From his days of riding his Palomino horse, Sonny, he took that interest and experience to later enjoy the Great American Trail ride and last cattle drive in Wyoming with son Jay, investing in all the riding apparel and coming home with his very own big cowboy belt buckle.

He treasured the first car he ever owned, a 1931 Ford Model A Tudor, moving it from his dad’s backyard to his backyard, his garage, finally restoring it with the help of his son-in-law, Rob. The family and granddaughters enjoyed being picked up from school and going for rides. Arnie and his car both made an appearance in reenactment of the Mindoro WI bank robbery.

As a lifetime member of First Lutheran Church in Onalaska, Arnie sang in the choir with his good friend Pete Sherry for over 50 years.  They both also enjoyed years of barbershop harmony performing with the Coulee Chordsmen.

Funeral services for Arnie will be held at 3:00 p.m. Thursday, December 16, at First Lutheran Church, 410 Main St in Onalaska.  Visitation will be held from 1:00 p.m. until the time of service and luncheon will follow the memorial service at The Gathering Place Center, 133 Mason Street, Onalaska.  Burial will follow in the Onalaska Cemetery at a later date.

Coulee Region Cremation Group will be assisting the family with services.