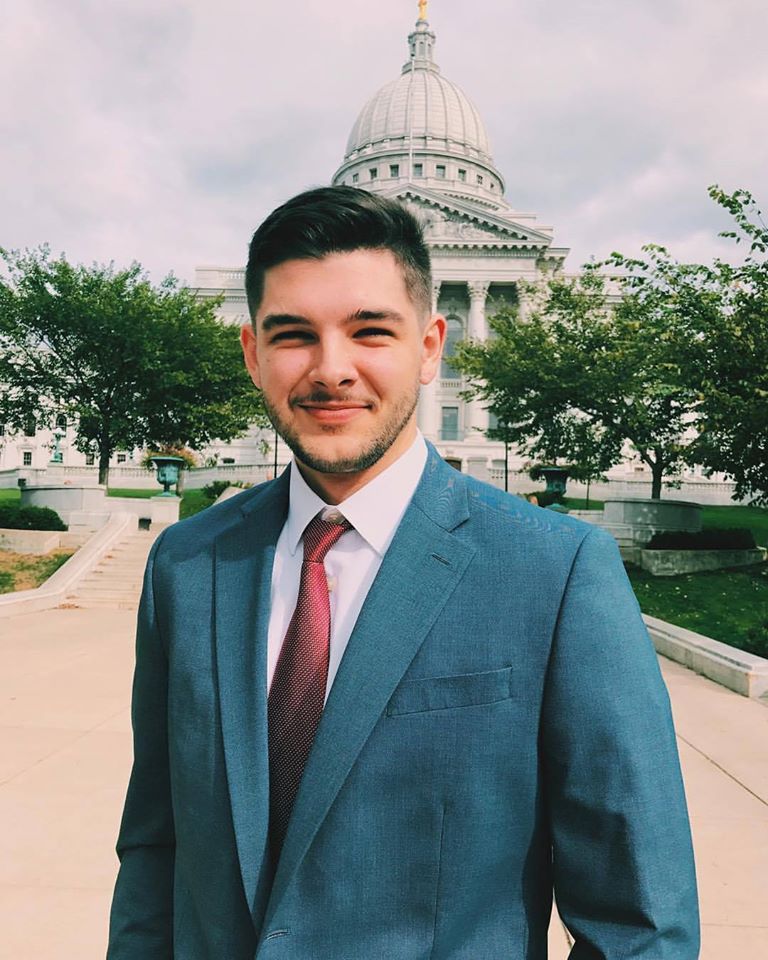 Benjamin Noble Metz Belzer was born to Lisa Metz Belzer and Keith Belzer on March 23, 1995.  His beautiful light was called to ascend on July 18, 2020, ushered by celestial steeds and guided across the universe by the comet’s cosmic path.

Ben was a young man of exceptional character and talents.  Known for his compassion and down to earth nature, Ben was good to be around.  His artful wit was complimented by his beguiling smile and that twinkle in his eye. His nature was gentle and modest, and his energy was calm. His work and play were fueled by deep passions.  From his driving drum beats to his scholarly rigor, the intensity of his focus was balanced with humble gratitude and kindness.

Ben and his older brother and best friend Griffin were blessed to find life long friends from their earliest years of attending Three Rivers Waldorf School and SOTA I & II in La Crosse, Wisconsin.  A 2013 graduate of Logan High School,  Ben participated in Badger Boy State and Mock Trial Team.  He also was known for his trend-setting hair and had quite a fan following as a drummer in Of the Fact, a band he, Griffin and friends started in their parents’ garage.  He was a scholar and an athlete.  He played baseball, football, basketball and recently had taken up golf.  He also enjoyed a good game: ping pong, pickle ball, poker with his Dad, Griffin and friends; or spoons with his Mom, Gramma, aunts and cousins. Along with his father and brother, Ben was an avid Cubs fan. He loved music and attending festivals with his brother and friends. Despite his busy professional life in Madison, he had recently discovered the joy of cooking and the ritual of preparing a good steak dinner accompanied by a superb glass of wine. His fine taste extended beyond food; his style was impeccable: he was a classy guy.

Ben was always kind and giving, donating blood as often as possible and as a tissue donor he will continue to save and improve many lives. And Ben was an animal lover- if there was a dog around you could usually find it with its head parked on Ben’s lap.

In 2017, Ben graduated from UW Madison with a double major in political science and business.  A devoted Beta Theta Pi brother, he served his fraternity as Recruitment Chair.

In college he continued honing his political interests as a legislative assistant at the Wisconsin State Capitol, as an intern for Wisconsin Congressman Ron Kind, and working for Blumenfeld Associates and International Paper.  A Wisconsin boy through and through, he then went on to serve as Executive Assistant to his mentor, Governor Tony Evers.

Insightful, compassionate and wise, Ben was somebody you could really count on: a respected and responsible professional, a solid friend, a loving son and brother.  He was loved and admired by all who knew him. He will be forever in our hearts.

In lieu of flowers, a memorial scholarship in Ben’s name has been established at the University of Wisconsin-Madison.

Anyone wishing to donate to the memorial fund via check, please include “Ben Belzer Memorial Fund, 132700020” on the memo line.

A Celebration of Life will be held Saturday, July 25, 2020, from 4-6pm.  In keeping with Ben’s values, we plan to have a safe Celebration and ask friends to drive through Myrick Park to share their memories and condolences while wearing masks.

To view Ben’s tribute video, please copy and paste the following link into your web browser.