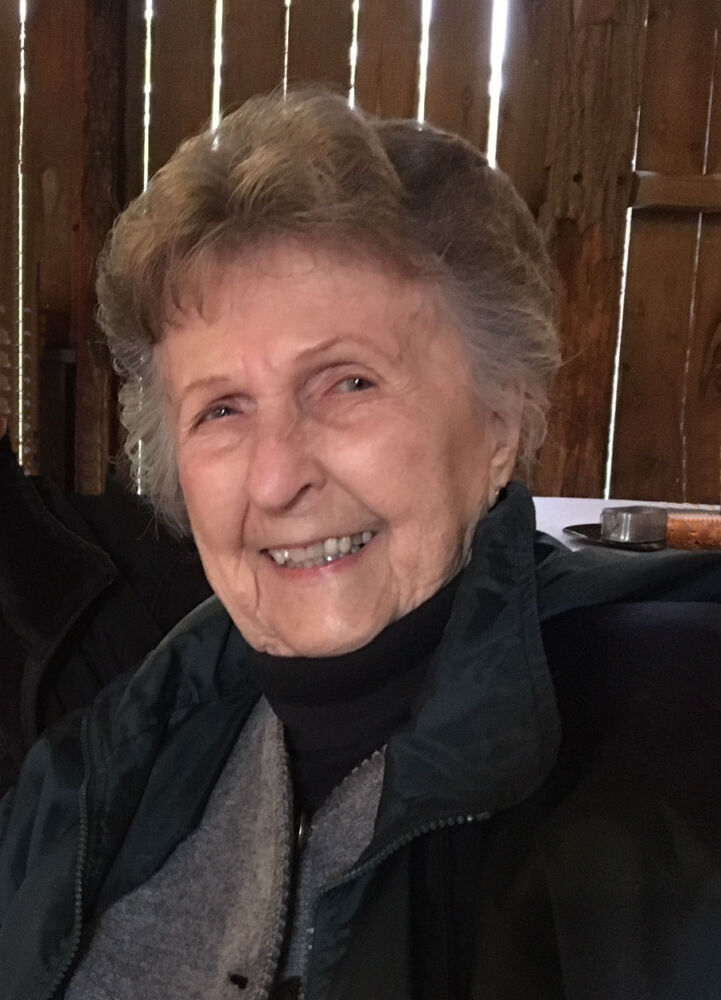 On Saturday, September 19, 2020 at the age of 95 Betty Freida (Maske) Feyen, of Onalaska WI, passed away peacefully in her home surrounded by her family. She was born March 6, 1925 to Bertha (Dahlke) and William Maske. Betty was raised in Chaseburg by her grandparents Mary and William Dahlke since her mother Bertha had passed away shortly after childbirth. While taking classes in La Crosse she met Raymond Feyen. They were married on January 18, 1943 at Holy Trinity Catholic Church in La Crosse.

Betty and Ray lived a short time in California while Ray was in the army, before moving back to La Crosse where they began raising their family. In her early years Betty worked at the Garment Co. and Northern Engraving. Then she began her employment at the UW La Crosse Whitney Center, working as a breakfast cook for over 20 years until her retirement. Betty enjoyed golfing with her friends at Hillview golf course even earning herself bragging rights by hitting a hole-in-one.

After Ray and Betty both retired they became snowbirds and began their life of leisure camping throughout the country, making many long lasting friends. When they gave up snow-birding they set roots in Onalaska, where they spent time with family and friends. Betty and Ray were very thankful to have celebrated 76 years together. Betty also enjoyed watercolor painting, puzzles, playing cards, sewing, mending, and often making homemade gifts for family and friends. Throughout her long life she was a friend to many with her forever generous and kind spirit. Betty would always say “don’t ever lose the kid in you”. Always taking life in stride, even in her last few days she was an inspiration to all with her graceful acceptance of God‘s plan for her, asking for her prayer books and her list of names of the people she prayed for every day. She will be sadly missed.

Betty is preceded in death by her husband Ray, a granddaughter Theresa Ann Ellenz and grandson Michael M Ellenz.

The family is very appreciative and thankful for the loving care and attention that the Gundersen hospice nurses gave to Betty.

A memorial service will be held in Betty‘s honor on Friday, September 25 at 4:30 at the Prairie Room at the Gathering Place, 133 Mason St., Onalaska. Due to COVID-19 there will be no visitation. However,if you’d like to join us for the service please wear a mask and practice social distancing. Deacon Robert Zietlow will officiate.

In lieu of flowers, memorials are preferred to Gundersen Hospice in Betty’s name.