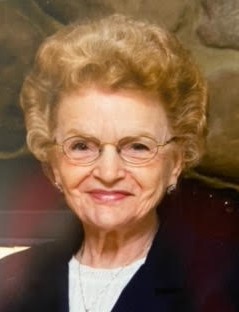 Blanche loved to do different types of Needle Point and word puzzles in her spare time. She was very fond of horses but was never able to ride one, and that was always her dream.  She was also very fond of Roy Rogers and Dale Evans and had many pictures of them throughout the years, and their pictures hung on her wall even at the Nursing Home.  She was also very fond of Abraham Lincoln, and read many books about his life.  She worked in many restaurants over the years and retired from Mindy’s in 1993.

Thank you to my cousin Linda Dahlby and the staff at the Morrow Home in Sparta for taking such good care of our mother in our absence.

WHEN THE TIME COMES FOR THE MEMORIAL SERVICE, In Lieu of Flowers, memorials preferred to the Morrow Home Community Foundation of Sparta, WI.

Due to COVID-19 restrictions, the Memorial Service for Blanche will be delayed until July of 2021.  Detailed information to follow at the appropriate time.