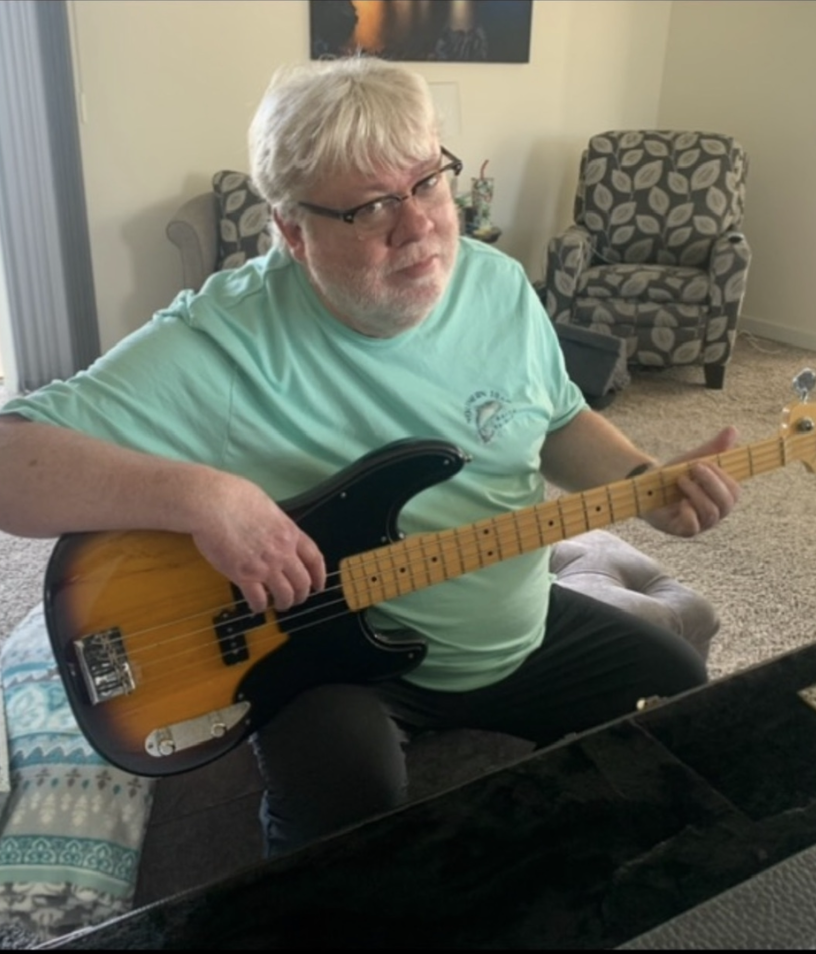 Brad Noah, 62, of Holmen, Wisconsin, passed away on Friday, October 14, 2022 at Gundersen Health System after a brief illness. Brad, son of Ronald and Donna (Goodwin) Noah Wolf, grew up in Bucklin, Missouri. In his younger days, Brad worked as a Roadie for musicians including Pat Benatar, Supertramp, and other big name bands. He was also a Glass Installer, as well as a Parts Manager for Peterbilt in Kansas City, MO. Later, Brad was a Conductor for Norfolk Southern Railway. In 1995, he moved to La Crosse, WI and worked as an Engineer for Burlington Northern Santa Fe Railway. In 1997 Brad met the love of his life, Mary Garvalia. The two were married on Christmas Eve, 1998. Brad and Mary lived in Coon Valley for 11 years before moving to La Crosse. Brad’s most cherished times were spent with family at their cabin on the lake in northern Wisconsin. He loved boat rides with Mary, his bonus children and grandchildren. He was known as the “Jokester Grandpa,” and loved attending his grandchildren’s activities. He was a great storyteller, an avid Kansas City Chiefs fan and a collector of antique vehicles. In 2019, Brad and Mary moved to Holmen. Brad’s most recent hobby was collecting and playing electric guitars. His love of music was rekindled from his Roadie days. He will be greatly missed by his family and friends. Survivors include his wife Mary, Trevor (Stephanie) Hauser of Farmington, MN, Krista (Jesse) Kook of Hugo, MN and grandchildren Kian and Kambri Hauser, Ellie and Jack Kook. Brad is further survived by his mother Donna, brothers Greg Noah of Bucklin, MO and his daughter April Knazik, Kevin (Gayle) Noah of Chillicothe, MO, Jason Noah of Liberty, MO and his daughters Cassia, Ariana, and Bianca, sisters Rhonda Noah (Harry Lemley) of Kearney, MO and Becky (Jared) Gudehus of Liberty, MO and their children Gunnar, Gabrielle, Grant and Gannon. Brother-in-law James (Shari) Garvalia of Lake in the Hills, IL and their sons Michael and Jeffrey, sister-in-law Patricia (LaVern) Libke of Hazelhurst, WI and their daughters Lesley Libke and Nicole Jackson, and her children Saniyah, Calogero (C.J.) and Matayah, sister-in-law Kathleen (Greg) Curti of Stoddard, WI and their children Olivia and Christian. Brad was preceded in death by his grandparents, his father Ronald Noah, nephew Joshua Noah, father-in-law and mother-in-law James and Maxine Garvalia. Visitation will be held on Monday, October 24, 2022 at 10:30 a.m. at Coulee Region Cremation Group, The Gathering Place, 133 Mason Street, Onalaska, WI. Memorial service will follow at 11:30 a.m.  In lieu of flowers, please donate to: RMHC of Western WI & SE MN 2700 National Drive # 100 Onalaska, WI 54650.