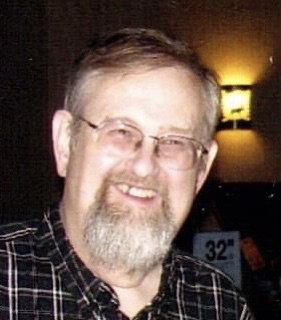 He was born on August 19, 1954 to Walter and Eva (Terpstra) Perschbacher and was their only surviving child, as they suffered the loss of an infant son at birth.

Both of his parents had passed away before he was 30 years old. He never married but considered many lifelong friends and his godchildren his immediate family and loved them all dearly, as did they him. He graduated from Sparta High school in 1972 and briefly attended Viterbo in hopes of becoming an RN. Bruce was employed as a night shift Nursing Assistant from 1974 to 1990, which turned him into a “night owl” for the rest of his adult life. He also worked as a Pharmacy Technician for 5 years and as a Ward Secretary at 2 different medical facilities in the 1980’s. He volunteered with the SHARE program, CAP Food Pantry and CROP walk in the 1990’s. Kindness and caring for others was his passion.

He loved the simple things in life: watching hummingbirds out his window or noticing a cardinal sitting in a snow covered birch tree. Bruce admired luxury sedans and sport cars. The joys in his life included spending time with his good friends whether it was watching classic black and white movies or Disney films, praying, enriching his life with Bible study on Mondays, or just spending time telling stories and laughing as he brought his knuckles up to his mouth to muffle a guffaw. He was generous with his time and often gave to others, even when he didn’t have much himself. He never hesitated to help anyone when asked, especially if it meant he got to drive somewhere and chat along the way. He loved food including baking Christmas cookies, Marzipan-his favorite Dutch treat, as well as creating meals to share with others or going to special occasions like the Bari-Ball Celebration hosted by Gundersen for people who previously had gastric bypass surgery like himself.

He collected many sizes and shapes of lead crystal prisms which he hung in his windows so he could marvel at the beautiful rainbows they made as the sun shone through. He loved Christmas – the decorations, the food traditions, and Christian spirit of love and joy that he heartfully shared with his valued friends, godchildren and family. He enjoyed going to Christmas Eve Midnight Mass at the Abby for many years. You could always find his favorite Christmas tree and other decorations in his home as he held the Christmas Spirit of giving and kindness in his heart year-round. There are many people who were fortunate enough to have shared good times and adventures with him who will certainly miss such a wonderful and tenderhearted soul.

Survived by: An aunt, Linda (Terpstra) Pfuhl of Waterford, WI formerly of Sparta, many cousins and their children; his Goddaughter, Maggie Jackson, and 3 Godsons: Joshua Hellmich, Jeff and Aaron Jackson; best friends Bill & Gloria Craig and Dawn Brandt as well as the many dear friends he considered family.

Thank you to the kind, supportive staff who cared for him during his final hours at Gundersen Lutheran Hospital, and staff at Bethel Nursing Home in Viroqua.

In Lieu of Flowers, memorials should be given in his name to the Charity of your choice to share his generous heart and soul with others.

A Celebration of Life will be planned in his honor at a later date due to COVID restrictions. Online condolence may be sent to couleecremation.com