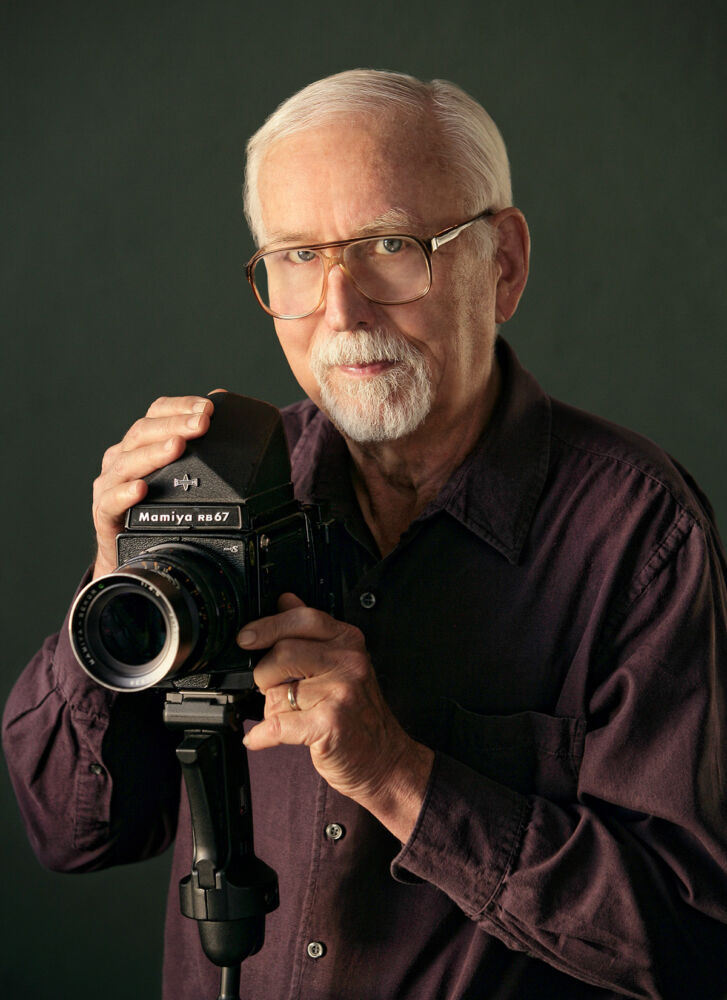 Charles W. Auenson, of Onalaska, passed peacefully into Heaven on January 28th, 2021, just 12 hours shy of his 93rd birthday with the voice of his wife speaking in his ear and surrounded by family, after a brief stay at Benedictine Manor.

Born to Alvi and Christine (Person) Auenson of Ulen, Clay Co. MN at his grandparent’s farmhouse on January 29, 1928.

After graduation from Ulen High School he joined the army and served with the Occupational Force in Japan where he was assigned as a photo technician stationed in Korea.

After his discharge, he attended Concordia College in Moorhead, MN and then the Ray School of Photography in Chicago. Shortly thereafter, Chuck became a photo assistant for a local congresswoman in Washington D.C. until moving to La Crosse and taking a position in the photo department at Trane Company. During that time, he met Neva Pottratz, who he married 3 months later on October 19th, 1957 in Eitzen, MN.

During their first year together, they moved to their new home in the growing village of La Crescent MN, where they raised their family and were charter members of Prince of Peace Lutheran Church.

After leaving Trane Co., Charles did free-lance photography in Commercial, Industrial and Portrait photography.  He eventually opened The Studio on Main St. in La Crosse where he specialized in natural light photography. He was proud to achieve a Master of Photography designation from PPA.

Chuck’s first love was of his family.  He often commented on how fortunate he felt regarding his children and grandchildren.  He enjoyed singing in various choirs and was generous to charitable organizations. He volunteered at RSVP delivering meals and taking elderly to their appointments.  During his retirement he spent months raising wave petunias from seed to be sold with all proceeds going to charity.

The family would like to thank Dr. Bassing and the staff at Benedictine Manor.

A private family service will be held at St. John’s UCC in La Crosse, on a later date. In lieu of flowers, memorials can be sent to St John’s Church or the Warming Center.