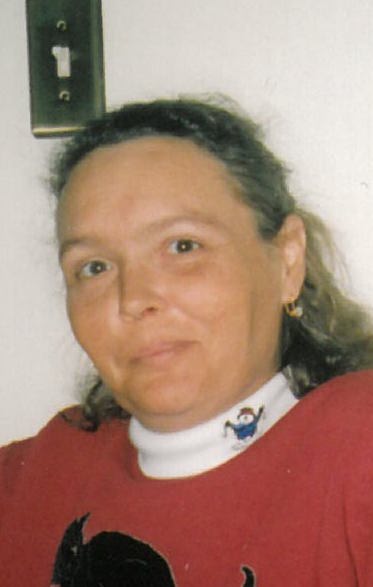 Cherie Lin Theisen(Devenport) of La Crosse passed away peacefully at Gundersen Health Services with her grandson and daughters at her bedside on Tuesday September 14th 2021.

She was born in Mauston WI on November 6th 1966 to Michael and Linda Devenport. She had one sibling, Michael Devenport Jr.
Cherie attended Logan High School, Graduated in 1985. During her senior year she worked as an in-home health care provider. In 1988 she became pregnant with her first born child, Kristle(Devenport) Sveen. Later she then married Frank Theisen in 1990. During their marriage they had 3 children, Carolyn Theisen, Melissa(Theisen) Shawley, Anthony Theisen. As a family they would spend time camping, fishing, visiting with friends and family around the holidays.
Later in 2016 she divorced Frank. This didn’t stop Cherie from finding happiness again. Few years after her divorce she started seeing the late Spencer Yahnke. They enjoyed each other’s company until Cherie became sick with cancer and Spencer had passed.
Our Mother was compassionate about the Green Bay Packers, Unicorns, and Racing. She was artistic in many different ways. She was able to draw, write poetry, crochet and cross stitch. She loved putting puzzles together, coloring, and other different arts and crafts.  She loved to have fun and party. Most of all she loved her family.
Cherie was a hard worker in everything she did. She worked at Wendys of Onalaska for 17 years, she also tended bar for several years at the VFW. Also was a lifelong member with the VFW. She Definitely was a fighter in all she did all the way to the end, her last words were ” I want to keep going to treatment to get better” Her stubbornness kept her alive as long as she was. She fought to the end.
Anyone that knows Cherie will remember her by loving the Green Bay Packers, her Unicorns, loving her family, always being stubborn and a fighter.
Cherie is survived by her 4 children: Kristle(Devenport) & Jason Sveen, Carolyn Theisen, Melissa(Theisen) Shawley, Anthony Theisen. Her Grandchildren: Sydney Davenport-Rundle (daughter to Kristle (Devenport) Sveen), Teagan Janda( daughter to Kristle & Jason Sveen), Ethan Sveen(son to Kristle & Jason Sveen) Amiya Sveen( daughter to Kristle & Jason Sveen), Olivia Shawley ( daughter to Melissa (Theisen) Shawley.
Her father Michael Devenport along with other family and friends.
She is preceded in death by her grandparents Robert and Ruth Johnson, her mother Linda(Johnson) Devenport, and her Brother Michael Devenport Jr.
Services will be held on September 23rd 2021 at The Gathering Place, 133 Mason St Onalaska. Visitation will be from 10am-11am, services will be at 11am. Anyone that knows Cherie is welcome to attend and celebrate her Life.