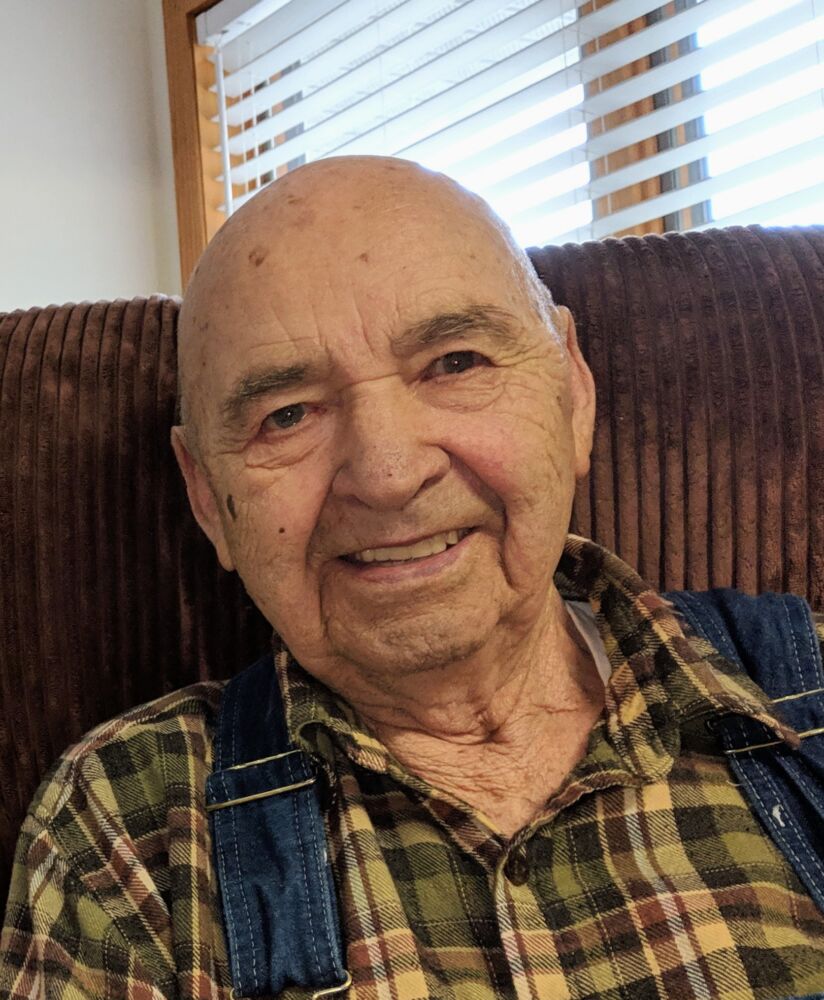 Clayton LaVerne Arneson, 94 of Blair, WI passed away on Monday October 26, 2020 at Gundersen Lutheran Medical Center La Crosse, WI. He was born in Township of Franklin on September 30, 1926 to Ernest Benjamin and Georgia Matilda (Halverson) Arneson.

Clayton attended West Franklin School and graduated from Melrose High School. Following graduation he worked on the home farm. He then married Blanche Theresa Motszko in October 1950 in Independence, WI. Clayton and Blanche had two girls and later divorced.

Clayton enjoyed life on the road as a long haul truck driver owning his own rig hauling Case tractors out of Racine, WI. In his later years he continued to drive truck for Briggs Transportation La Crosse, WI and owned and operated Arneson Apple Orchard with his wife Agatha. After selling the apple orchard he truly enjoyed traveling extensively with the love of his life, Agatha, while living in Florida and Texas during the Wisconsin winter months. During his retirement years he would be found golfing, fishing or his passion of restoring old tractors.

At Clayton’s request, there will be no funeral or memorial service. Instead, he asks that friends and loved ones visit the Pioneer Cemetery, Township of Franklin, where his ashes will be buried next to Agatha.