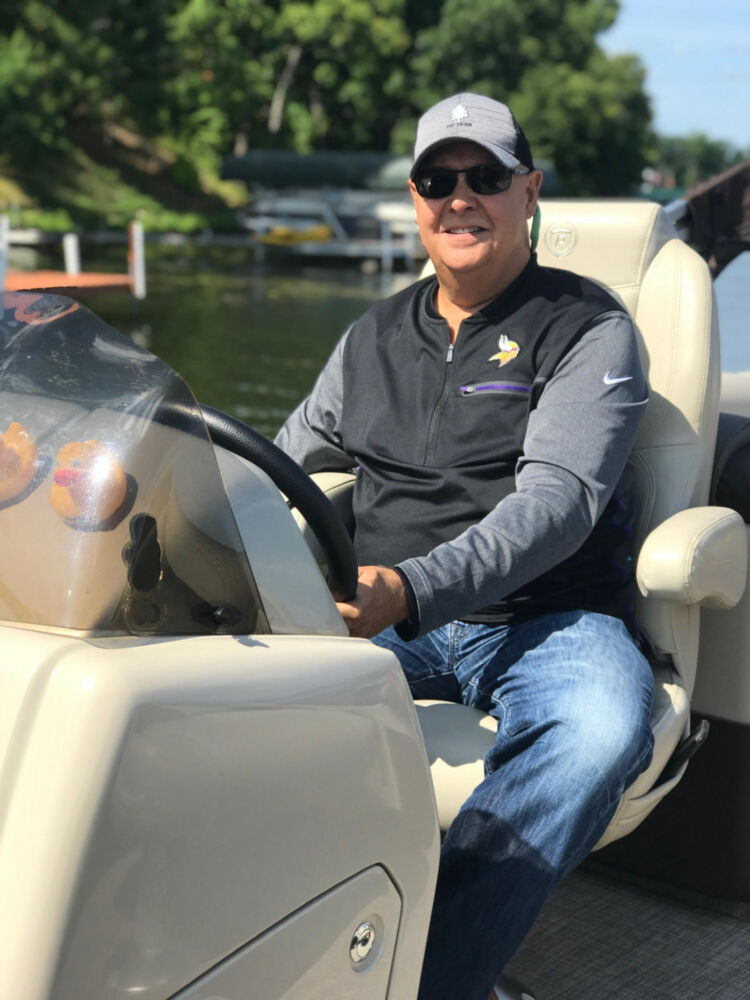 Dennis (Denny) Gene Hartogh, 66, passed away peacefully on Wednesday, April 13, 2022 at Mayo Health System in La Crosse, WI surrounded by his family after losing his three-year battle with cancer.

Denny was born on November 1, 1955, in Charles City, IA to Jim and Kay Hartogh. He was the second of four children and graduated from Columbus High School in Waterloo, IA. He then joined the Air-Force for four years, two of those years were in Germany where his love grew from afar for the love of his life, Diane Holzer. Denny and Diane were married on June 10, 1978 in Charles City, IA. Together they raised two children, Chad and Kari.

Denny had a 40-year career with Hy-Vee Food Stores, starting as a part-time employee in Charles City, IA. It included a 10 year stop in Storm Lake, IA as store director and concluded in 2014 with his retirement as store director from the Locust Street Hy-Vee in Dubuque, IA.

When not working, he enjoyed fishing, golfing, duck hunting with his brother-in-law, and cheering on the Hawkeyes and Vikings. With retirement, he treasured summers at their cabin “Up North” on Gull Lake while also living in La Crosse, WI to be closer to their children and grandchildren.

Denny knew what was most important in life, time spent with friends and family and your faith in the Lord. He knew this battle would come to an end sooner than anyone wanted. Earlier this year, he said, “I have turned this journey over to our Lord and Savior” and was very comfortable with what lied ahead.

Denny could not have been a better husband, Dad, Opa, brother, uncle, boss, golf partner, and friend and was always up for a good time. He was a man with a big heart, a teacher to many, and he loved being Opa to his three grandchildren.

Denny will be dearly missed by his wife, Diane; children, Chad and Liz Hartogh, and Kari (Hartogh) and Zack Reyburn; grandchildren, Kellen Hartogh, Hadley and Hudson Reyburn; siblings, Karla (Hartogh) and Mike Ebert, and Shelly (Hartogh) and Joe Troutman, and in-laws, Dean and Brenda Holzer. He is further survived by many nieces and nephews, and other family and friends.

He was preceded in death by his parents, brother, David Hartogh, mother and father-in-law, Buck and Rena Holzer, and granddaughter, Kenley Grace Hartogh.

A heartfelt thank you to the doctors, nurses and staff at Mayo Clinic Oncology Rochester and La Crosse, especially Dr. Abigail Stockham and the staff on 9 Center, for their compassionate care and support, and to Coulee Region Cremation Group for their thoughtful assistance.

In lieu of flowers, memorials may be made to the MCHS Franciscan Healthcare Center Oasis Fund and mailed to the Department of Development at Mayo Clinic, 200 First St. SW, Rochester, MN 55905.