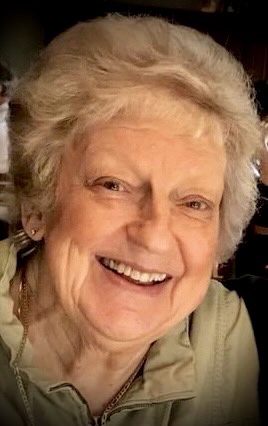 She was born November 7th, 1942, in La Crosse to William and Elizabeth (Lamb) Dell and was the oldest of three girls.  Diane married Howard Weiss in 1967, and he preceded her in death in 1973, together they had two children Howard “Bill” and Robert.   She married Richard “Wayne” Cornforth in 1975 and together they had two children Kimberly and Rick.

Diane graduated from Aquinas High School in 1961 and then attended vocational school in La Crosse at WWTC.  She met her first husband, Howie, while living in Milwaukee, they later moved to Waukegan, Illinois where she worked as a dental assistant.  After the birth of their two sons, they moved back to the La Crosse area in 1972 to be closer to family before his death in 1973.   Following his death, Diane started an interior decorating business with close friend Sandy Nerby.  She met her second husband Wayne on a job site.  Together they raised their family of four kids.  Diane dedicated her life to helping others, she worked nights as a caretaker at Lakeview Health Center to be sure not to miss any of her children’s extracurricular activities. Her children and grandchildren were the most important part of her life.  She enjoyed watching her 10 grandchildren compete in a variety of youth and high school sports cheering on the Onalaska Hilltoppers and Logan Rangers.  She was an avid sports enthusiast, she also enjoyed cheering on the Brewers and the Packers.

Diane always placed the needs of others above her own, following her retirement, Wayne and Diane began fostering area youth through Coulee Youth Centers and provided a safe place for area youth through the County’s Runaway Bridge Program.  They took in countless area children in their 15 years of service to the community.  Diane’s unconditional love and generosity is a legacy her family will carry on in her memory.

In accordance with Diane’s wishes, she will be cremated, and a celebration of life will be at 3:00 p.m. Sunday, June 13th at the Coulee Region Cremation Group, 133 Mason Street, Onalaska. A visitation will be held from 2:00 p.m.-3:00 p.m.

For those unable to attend in-person, please follow this link to attend the service virtually. https://us02web.zoom.us/j/81854393212?pwd=dTU0b3g5S2FTdXZzUXFyNE9OTTA2Zz09

A visitation will be held from 2:00 p.m. until the time of service. As a health & safety precaution, masks are requested for those individuals who are not fully vaccinated for COVID-19. A private burial will be held for immediate family. In lieu of flowers, memorials are preferred to a charity of your choice.