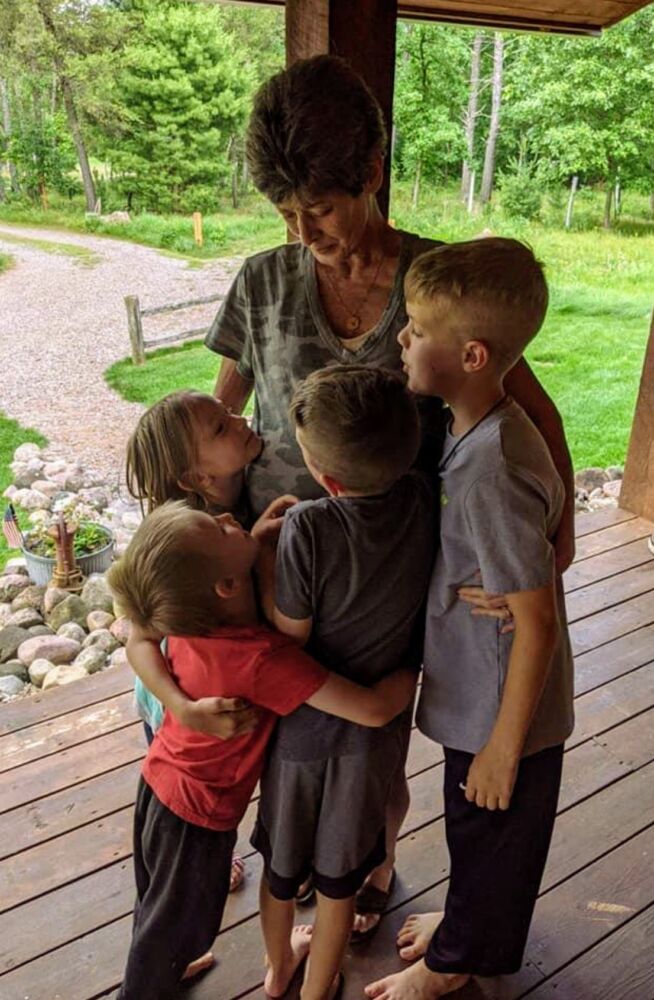 After a 3 year long journey with cancer, Diane Marie Gehrke (Hagmann) passed away at 1:15 am on August 15th, 2021 in La Crosse, WI at the age of 59 years old. She was surrounded by family and close friends in the preceding days and the evening before her passing. Diane leaves behind her mother, Joyce Hagmann; husband Ron Gehrke; her sons David LaBeause (Stephanie) and Devon LaBeause; her daughter Danielle Peterson; and her grandchildren Jackson and Wyatt (David and Stephanie), and Camryn and Cylas (Danielle).

Diane formed many lifelong and impactful friendships while working at Inland Printing Company, Independent Massage Therapist, housekeeping at Bethany Riverside, and housekeeping at Mayo Clinic Health System in La Crosse. Regardless of where she worked, Diane was able to relate to people and put everyone at ease with her personality and easy going nature.

In the winter of 2014, December 23rd, she married Ron Gehrke. Diane enjoyed an active outdoor lifestyle, which included spending hours fishing on the river, camping, and hunting turkey (and a bear one time!). Diane also loved spending her time out in the yard tending to flowers, gardening, and maintaining a koi fish pond. Also, throughout her life, Diane provided care and comfort for many pets who needed love. The two furry companions with Diane and Ron, at the foot of her bed in the final days, were Maggie and Mickey.

Throughout her life, Diane had a sense of humor, sass, and quick wittedness. Diane maintained a level of optimism and positivity in the outlook for her life and journey with her cancer. She saw the opportunity to help improve the outcome for other people diagnosed and dealing with cholangiosarcoma. While always being appreciative of the extra time she could spend with her family and friends. Even in her final weeks she would deliver sass or crack a joke, and bring a smile to the faces of those around her.

The family would like to thank Franciscan Skemp Hospice care. The entire staff involved in the process, from intake, case management, and nursing staff were beyond helpful. This included, but was not limited to: Robbie, Liz, Lindsey, Tuesday, Amanda, and Kelly. The level of care, compassion, and empathy they provided to Diane, Ron, and all the family and friends they interacted with was beyond words of appreciation. The staff always made sure Diane was comfortable and taken care of in her final weeks.

Diane was preceded in death by her father Fred Hagmann, and beloved friends, including Ginny and Jax. Diane is survived by her mother, husband, and children. As well as her brothers Fred (Joan) and Jim (Lynn) Hagmann; her sister Jo Ellen (Wayne Lamprich); numerous nieces and nephews; and additional friends and loved ones.

In honor of Diane’s passions in life, in lieu of flowers memorial donations can be made to the following organizations: American Cancer Society (cancer.org), Cure SMA (cureSMA.org), or Coulee Region Humane Society (couleehumane.com).

Diane requested to be cremated. Thank you to Coulee Region Cremation Group for cremation services. There will be a celebration and remembrance of her life, on September 4, 2021 from 12 pm to 3 pm, at All-Star Lanes Banquet Hall, 4735 Mormon Coulee Rd, La Crosse, WI 54601.