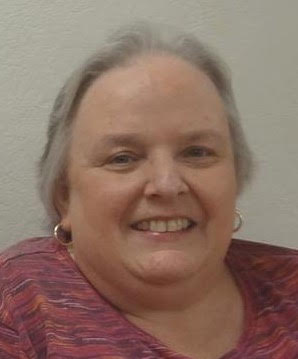 Diane Susan Lager, age 58, died on June 29, 2021, after a long battle with ovarian cancer.  Diane was born in Caledonia, Minnesota, on October 9, 1962, to La Verne and Erma (Peter) Lager.  She graduated from Caledonia High School in 1981 and from Winona State University in 1985.  Diane obtained her law degree from Hamline University in St. Paul, Minnesota, in 1988.  Diane worked at Ernst & Young and Allstate Insurance, in the Twin Cities, before returning to Caledonia. While she was in the Twin Cities, she was active as a volunteer, teaching immigrants and preparing them for the naturalization exam to become American citizens.  Diane’s last employment was as Director of Human Resources at Caledonia Care and Rehab.
Diane had a special place in her heart for dogs and cats and rescued many over the years.  She also was a fan of British mystery programs and the award-winning novel and movie, Gone With the Wind.
Diane is survived by her father, La Verne, and by his wife, Vel Rierson.  She is also survived by her sisters, Deb, (Maryellen Paudler), Donna, (Steve Jacobsen), Daneen, Darla, and Darcie, and brothers, David (Cordelia Ramirez) and Dennis (Eileen).  Six nieces, Katie (Alex Pfleging), Kristin, Jenny (René Avalos), Erika, Sofia, and Emma, a nephew, Ian, and a great-nephew, Kit, also survive her.
Diane was preceded in death by her mother, Erma, in 2001, by her maternal grandparents, Anton and Veronica (Thery) Peter, and her paternal grandparents, Herbert and Inga (Nelson) Lager.
Diane’s family wishes to thank all of the staff in the Medical Oncology Department at Gundersen Health System.  Also, special thanks to the Gundersen Hospice program who made it possible for Diane to remain at home.
Per Diane’s wishes, there will be no services.  A private family gathering will be held.  The Coulee Region Cremation Group in Onalaska, Wisconsin, is assisting the family.  Memorials can be directed to the family through Coulee Region Cremation Group.