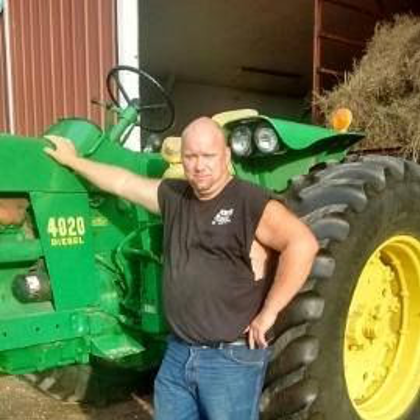 Donnie Dj’d from 1992-1997, In 1997 Donnie & Teresa bought a farm on Lawrence Ridge Road, Had owned a Sealcoating Company they started up called C&R Sealers from 1997-2014, in 2017 Donnie started up his own DJing Service again & did that part time on the side when he had time. Donnie was a member with the Wheatland Fire Department & served as Fire Chief for 8 years, Town Supervisor of Wheatland Township & worked for Arrowhead Apartments as Maintenance. Donnie had a passion for Pulling his tractors in the Tractor Pulls. He took Pride in the house he built & Loved his pets. Donnie enjoyed concerts, grilling out, cooking/baking was a new chapter he was adventuring with the past 3 years, karaoke & cracking open a cold one.

In 2015 Donnie started a new Chapter in life with his Sweetheart Janet May (Mattison) Stokke. Janets Battle with cholangiocarcinoma was diagnosed in 2017 & lost her battle 05/03/2020.