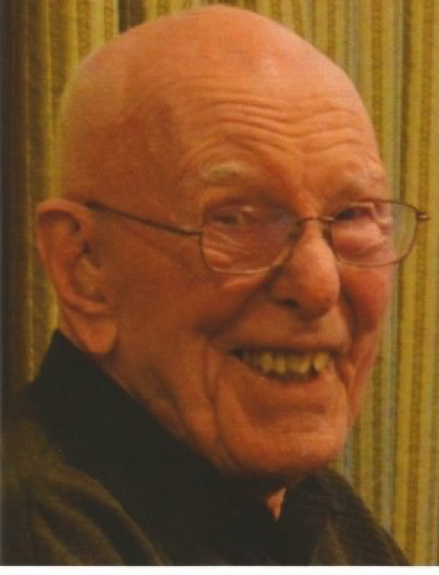 Don Lawson, 90, died peacefully at Eagle Crest South in La Crosse, WI on Tuesday, July 30, 2019. He was born in De Soto, WI to Elva and Jake Lawson. He graduated from Cashton High School. Don married Shirley Peshak on September 1, 1950 in La Crosse, WI. He lived in many places, but Cedar Falls, IA was considered home for most of his life. Don proudly served in the United States Navy. He worked as a butcher, electrician, and a salesman. In 1970 Don became one of the founders of Professional Office Services. He retired in 1988 very proud of the company he co-founded.

Don is preceded in death by the love of his life, Shirley, who passed in 2005; parents Elva and Jake; stepfather Fred Petrie; brother Keith, stepsister Hazel and stepbrother Floyd.

Don enjoyed bowling, golfing, hunting, fishing and gardening. He was a lifelong Packer fan and devoted Hawkeye fan until he moved to Wisconsin in 2014 when he converted back to a Badger fan!

The family would like to thank all the staff at Mayo-Rochester, Mayo Hospice, Eagle Crest North and South and Marinuka Manor for their care, help, love and attention.

Don will be missed greatly by his family. His smile was contagious. We all have great memories of our time with him. Here’s to you, Dad!

A private family burial at Oak Grove Cemetery and celebration of life will be held on August 17th.  The Coulee Region Cremation group is assisting the family with arrangments.

In lieu of flowers, please make contributions in memory of Donald Lawson to the Dementia Society of America by mail to PO Box 600, Doylestown, PA 18901 or online www.DementiaSociety.org/donate