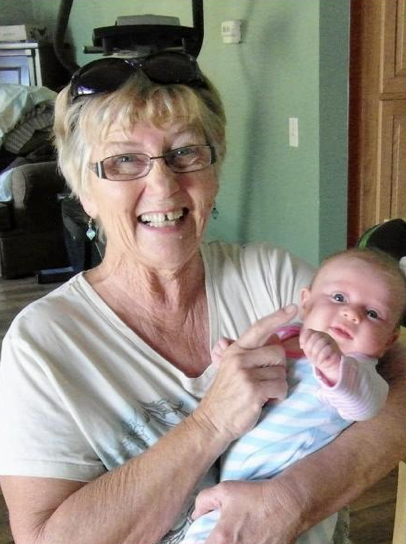 Donna McCoy Rand Leffingwell Hulsey passed away on Wednesday, July 13, 2022. Donna was born in Sparta, WI on Friday, Dec. 13, 1940 to Donald E. McCoy and Martha (Sidie) McCoy and graduated from Black River Falls High School in 1958. She attended Carroll College in Waukesha and married Gene Rand in 1962. They had two children – Kathryn Jean and Michael Robert. After a divorce with Gene, she married Jack Leffingwell in 1972. He passed away in 1995. In 2004, she married Jack Hulsey of Barron, WI. He passed away February 16, 2021.

Donna worked as a manager for Country Kitchen in Stevens Point, WI and Menomonie, WI, until she and Jack Leffingwell purchased J & D Restaurant and Lounge in Sparta, WI. They relocated to South Florida in 1983, where they remained until 1989. They returned to Black River Falls because Donna wanted her grandchildren to know her and miss her when she passed.

Donna then worked as a bartender at the Pines Motel and Supper Club until 1996, when she went to work at Jackson Correctional Institution. She worked for the DOC until retiring in 2006.

Donna believed she lived a long and blessed life. She and her 3rd husband, Jack Hulsey, spent winters in Alamo, TX where they enjoyed many outdoor activities, including pickleball and water volleyball. Family and friends are invited to a Celebration of Life on August 23rd from 2-4 at McSweets Irish Pub in Black River Falls. In lieu of flowers, the family asks that you make a donation to Black River Falls Hospice or a charity of your choice in Donna’s memory.

Don’t mourn for me, celebrate my life and remember me with laughter and love.