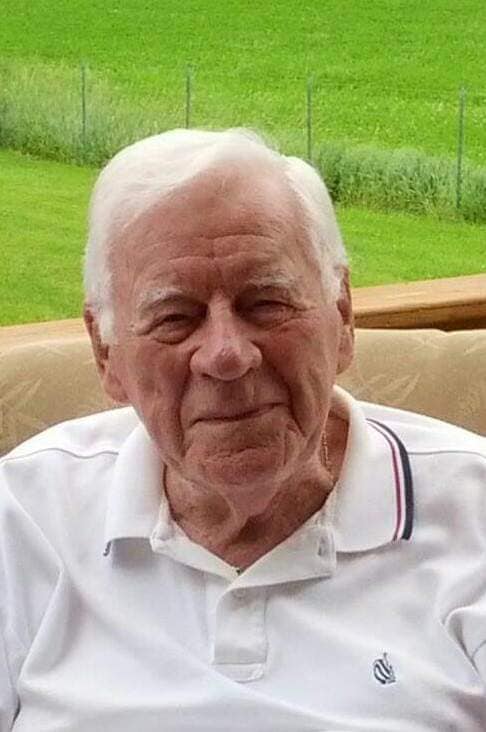 Duttee E. Holmes, Jr, 92, of Holmen, Wi, and formerly of Eau Claire, WI passed away October 24, 2019, surrounded by his family. He was born June 29, 1927 in Eau Claire, WI, the son of Duttee and Alice Holmes. He was the oldest of 11 children. On January 28th, 1947, he married Corrine (Corky) Paulsrud. He graduated from St. Patrick’s High School, the Eau Claire Technical College, Dunwoody Institute of Minneapolis, MN, and received his Electrical Engineering Diploma from ICS. He was a Registered Professional Engineer in the state of Wisconsin. In 1944, at the age of 17, he joined the U. S. Navy and served on the Landing Craft Tanks Ship 853 as the Navigator and Signalman. He participated in the invasion of Okinawa and the occupation of Japan. At the end of WWII, his ship was immediately sent to Sasebo and Nagasaki, Japan, on a special mission to disable all Japanese coastal guns. On one of these missions, his ship encountered a major storm and was sunk. He went on a rescue mission with his Japanese interpreter in a small Japanese fishing boat to a neighboring island to radio for help to save his shipmates. He was awarded the Navy Commendation Medal for this rescue mission. He was honorably discharged from the Navy in June 1946. He always remembered the horrific damage caused by the atomic bomb to property and lives of the Japanese people at Nagasaki.

He retired from Northern States Power Company (now Excel Energy) as Principal Engineer of Division Services of the Wisconsin Company in 1986. He started his career working in the engineering section in Eau Claire in 1950. He was transferred to the Southern Division in La Crosse as an Engineer in 1963, the Indianhead Division in Amery as Division Engineer in 1969, and back to Eau Claire as Division Engineer in 1978 retiring in 1986. He was a pioneer in the field of stray voltage research to the causes and remedies involving dairy farms. He returned to Northern States Power Company as a Consulting Engineer for 7 years. He was a member of the Wisconsin Utilities Association and served as Chairman and a member of the International Right of Way Association Northwest Affiliate. He started his own private Electrical Engineering Consulting Business, providing expert witness service to numerous law firms in the Northwest part of Wisconsin. At age 90, he reviewed his final case. During his retirement he spent 2 years with Sprint Communications as Implementation Engineer providing electric and telephone service to new cell phone towers in Wisconsin and Minnesota.

Duttee was actively involved in Boy Scouts throughout his adult life. As a Scout Master, he enjoyed taking his troops to the National Jamboree. In addition, he was an Eagle Scout.

He also was actively involved and past Commander in the VFW Post 305 in Eau Claire for well over 20 years. He participated in many, many funerals honoring fellow veterans in the Honor Guard.

He enjoyed traveling and hiking. He and his wife, Corky, traveled to Alaska, the Hawaiian Islands, and the east and west coast. He also was an avid bicyclist, biking on average 12-20 miles on most days until he was 88 years old. He loved hunting and fishing and taught his children and grandchildren the skills of these sports. He loved the Packers and looked forward to watching the games. 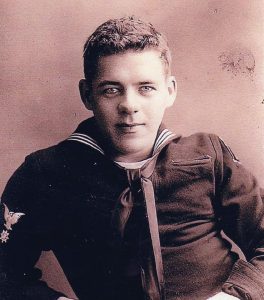 To view the memorial tribute video for Duttee please use the following link.