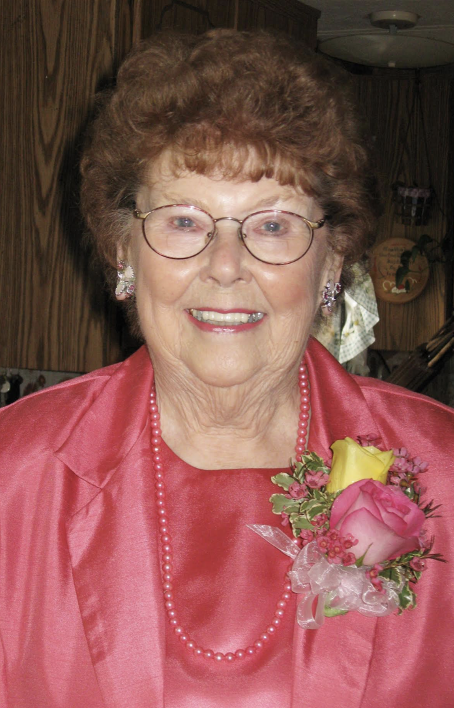 Emy was born on November 12, 1924, in Westby, Wisconsin, to Matilda and Magnus Colby, the youngest of six children. Emy was also known as “Bix” to her family.  She was given this nickname by her older brothers when she insisted on tagging along to play with them and they decided that she needed a name that was less a girl’s name.  So they made up the name “Bix” and it stuck.

She graduated from Westby High School and soon moved to Milwaukee, Wisconsin, where she worked for the telephone company and then as a waitress at the Ambassador Hotel.  She enjoyed frequent trips to Chicago, taking the train to go shopping at Marshall Field’s and other stores. While working at the Ambassador Hotel, she met James Quaal.  Emy and Jim were married on March 23, 1957, and resided in West Allis, Wisconsin. After marrying Jim, Emy went to work for Milwaukee County General Hospital, later known as Milwaukee County Medical Complex, as the secretary for the Engineering Department. While living in West Allis, Emy and Jim acquired “The Seven Acres” in Timber Coulee near Westby, seven acres of beautiful land nestled in the rolling hills and which had been in the Colby family for quite some time.  They enjoyed many weekends there as a get-away from the big city and frequently hosted family and friends for “Camporees.” Emy retired from Milwaukee County in December of 1983.  Upon her retirement, she and Jim moved permanently to The Seven Acres.  During this time they spent several winters at the Americana RV Park in Mission, Texas, and also enjoyed travelling to places in the area, including Mexico.  After Jim’s death in August 1995 Emy continued to live on The Seven Acres for many more years and continued to host friends and family for many enjoyable times.  She moved to her apartment in Westby in October of 2019. Emy was a faithful member of Skogdalen Lutheran Church and was active with the ladies aid and circle.  She participated in quilt making and was always available to help with church dinners and other events.

Emy was preceded in death by her husband, James; her brothers and sisters, Melvin Colby, Sam Colby, Irvin Colby, Pearl Anderson, and Myrtle Overhagen; her nephew Steven Colby; and her parents.

Her loving pets Gigi, Dyna, two cats with the same name of Andy, and Marvin also passed on before her. The family thanks the staff of Vernon Memorial Hospital, Vernon Manor Nursing Home, and St. Croix Hospice for their loving care of Emy.