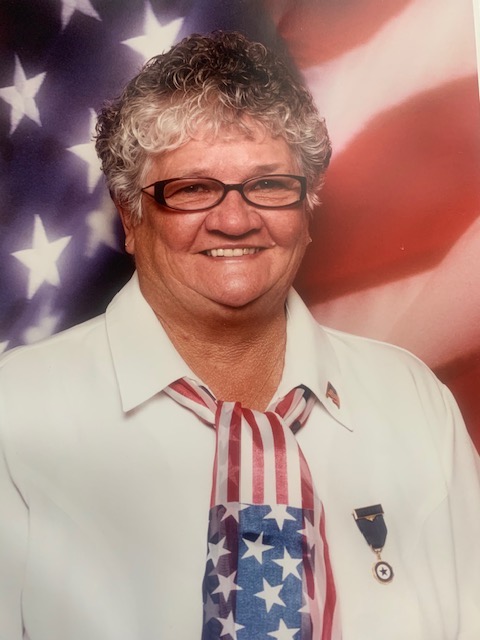 Erna Carol Schwabe, 72 died July 11, 2020 after a long battle with lung cancer. She was born December 19,1947 in Excelsior, WI, the daughter of Eldon and Hazel Coppernoll.

Erna graduated from Ithaca High School, Class of 1966. She went to college at University of Wisconsin-Platteville.  She lived in La Crosse, WI and meet and married the love of her life  Arthur Joseph Schwabe. They were married for 44 years on July 17th.1976.  They lived in Mt.Horeb, WI until 1988 and them moved  to Ormond Beach, Fl and lived there for 28 years.  Erna was very active in the American Legion Department of Florida.  She held many different roles in the Auxiliary of American  Legion.  But her all time favorite job was helping veterans as the American Legion Auxiliary President for the state of Florida 2014-2015.

. In addition to her parents Erna was predeceased by her  brothers  Hilleman, Dick and Jerry Coppernoll.  Her in laws Raymond and Doris Schwabe , her brother in law  Dan Loomis and Alton Anderson.

A celebration of life will be help Sunday August 23rd. 2020 at the American Legion in Onalaska, WI at 12pm.

The family would like to thank  Gundersen Hospital and the hospice team for their care and support for the last year.