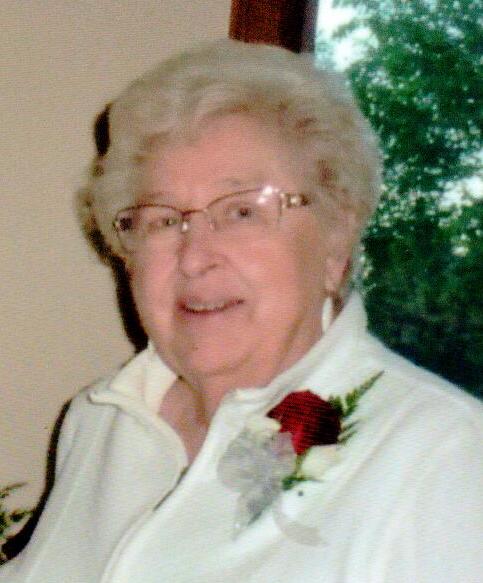 Franny was the bookkeeper for Link Brothers Construction, Inc. for many years until she and Terry sold their business and dissolved the corporation in 1999. During their 63 years of marriage, Franny and Terry enjoyed many of the same things. They traveled, golfed, bowled and gambled at casinos. They could spend hours playing cards, dice or any game that would gather family and friends together. During the warm months, the pond was a favorite spot for these gatherings.

They followed the MN Vikings and the WI Badgers, but by far their favorite teams to follow were whatever teams their grandchildren and great grandchildren were playing on, no matter what sport. They made it a priority to attend all their games and events, even if they had to travel many miles to get there.

At any time during the day, if you stopped to visit Franny, she would get food or treats on the table for you. She didn’t want anyone to leave hungry. Even in her last days, she made sure everyone got a piece of candy from the candy dish.

Franny’s family would like to thank the Gundersen hospice staff for their care.

A funeral mass will be held on Monday, April 29, 2019 at 5:00 PM at St. Patrick’s Catholic Church, 1031 Main St. Onalaska, with visitation being held from 3:00 PM until the time of the mass. Msgr. Steven Kachel will be officiating.