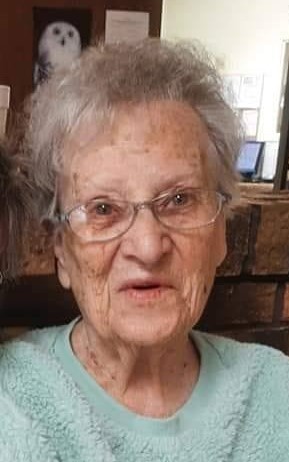 Frances Lillian (Finch) Tallman, 90, peacefully left this world on, Sunday, May 16th, 2021 surrounded by those who love her. Frances was one of 10 children born to Henry and Lyda Finch on January 26th ,1931 in Sparta, WI. On March 1st, 1952, in Caledonia, Minnesota she married Bernard Tallman, they had four wonderful children and after 36 years of marriage he proceeded her in death in 1986.

Frances was preceded in death by her parents, her husband, and 8 brothers and sisters.

Frances retired after many decades at Means. She kept very busy with the women’s auxiliary at the Fraternal Order of the Eagles, where she held the title of Madame President and Mother of the Year, traveled all over the state, and worked many fish and steak fries during her retirement. Fran volunteered for the Freedom Honor Flight, Operation Home Front, putting care packages together for the troops across seas and the American Heart Association. She was most proud of the many years spent caring for her grandson, Michael.

Frances’ family would like to express our gratitude and thankfulness to the nursing, activity, and culinary staff at Bethany St. Joe in La Crosse for the care and love that you gave her. We will forever be grateful to all of you.

Condolences can be sent to 469 So 19th Street, La Crosse WI in care of Sandra Burns.