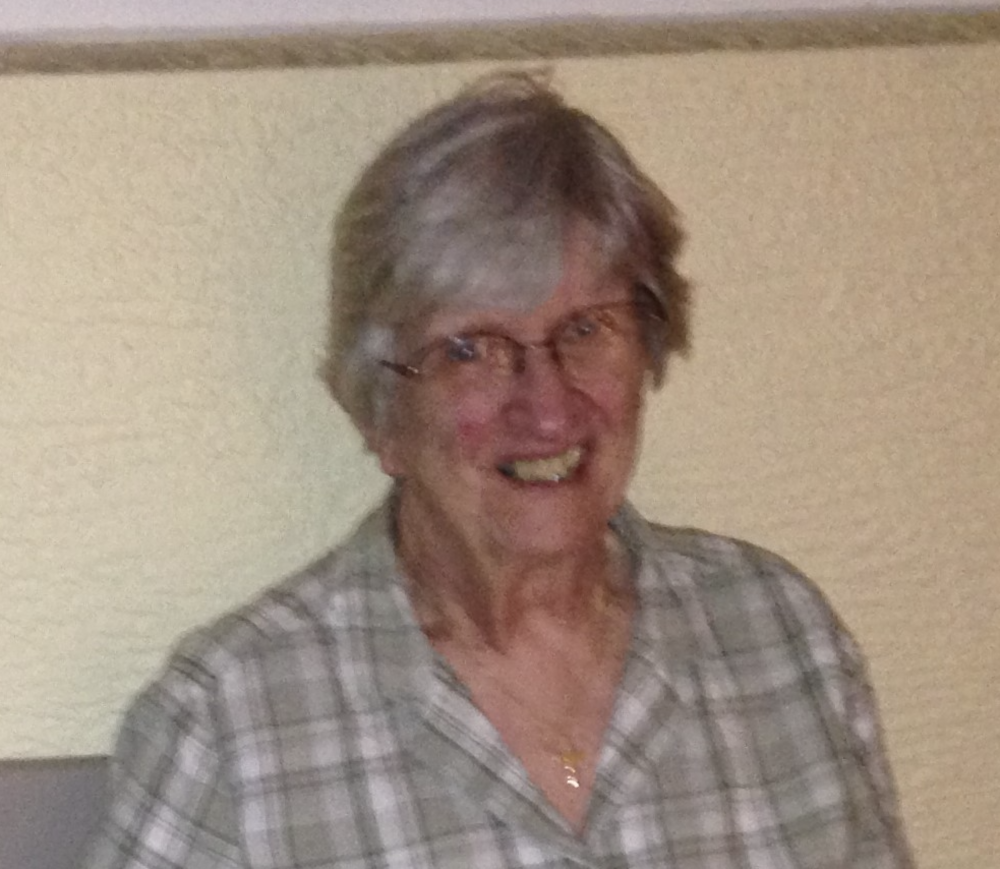 On February 2, at age 91, Grace Finn transitioned from this life to the next with her loving daughter, Donna, at her side.

One of three daughters, Grace was born January 24, 1930 in Scranton, Pennsylvania.  The family relocated to Buffalo, New York where Grace graduated from high school and began her early career as a secretary/stenographer.  She met her husband when they stood up for her sister’s wedding. Grace and Jim subsequently married April 24, 1954.  The young couple resided in Buffalo as they began their family of four children. In 1962, they relocated to a Maryland suburb just outside Washington, DC when Jim began his career with the federal government. There Grace raised the four children, volunteered at their schools, took up oil painting, developed deep friendships, and hand-sewed numerous quilts. Grace enjoyed traveling and in their early family years the family camped every summer across the United States.  Grace is perhaps best remembered by many for her baking skills and scrumptious Sunday dinners, to which friends were frequently invited. She was an excellent hostess.

Grace and Jim later traveled extensively throughout Europe and British Columbia. Upon Jim’s retirement, they settled in West Salem, WI near their second daughter, Patricia, and her family. At that time they became parishioners at St. Leo the Great Roman Catholic Church, West Salem. They remained in their West Salem home until Jim’s death, at which time Grace moved to SpringBrook Assisted Living in Onalaska.  She resided there until the last month of her life when she moved in with her daughter Donna who had relocated to Onalaska in 2016 to assist her.

Grace is predeceased by her husband James Finn, her parents Grace and John Hortage, her elder sister Carol Waskowski, and several of her dear friends.  She is survived by her sister Kathleen Iwanski, and by her children Donna Finn, Patricia Wilson and husband Tom, Marie Finn and husband Harry Cepura, and Kevin Finn and wife Karen, as well as all of her grandchildren and their spouses, Michael Rutkowski, Kati Rutkowski and Max Feldman, Grace Rutkowski, Jacob Wilson, Raena and Nils Housker, Gina Wilson, Natasha and Brian Fleury, Kyle and Kadie Cepura, Alexis and Russell Phillips, Cody and Brynn Cepura, and great-grandchildren, Finnley, Ava, Allie, Brooklyn, Samantha, Nadia, Charlie Rae, Kilian, Everett ,Olivia, and Branson, all of whom she dearly loved.

Grace will be very much missed by many and will be remembered for her generosity and her love of travel.  A Mass and gathering of family and friends will be held at a future date to celebrate her life.