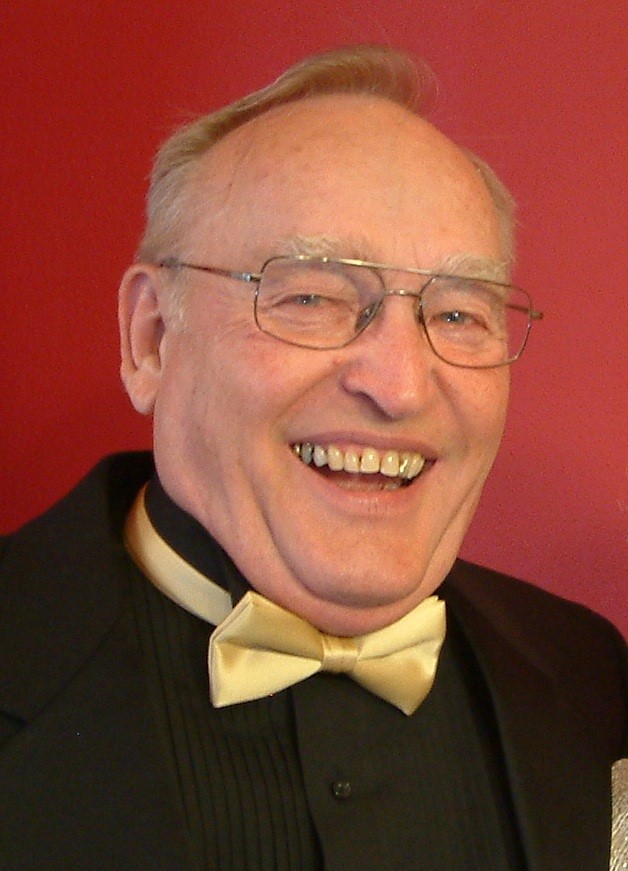 Henry W. (Bill) Meyer was born on June 6, 1933 to Henry, Sr. and Alvena Meyer in La Crosse, Wisconsin. He was the second child of three.

At age 10, Bill shined shoes for the Camp Mc Coy servicemen and had a paper route for the La Crosse Tribune. He also set pins at a local bowling alley and worked for the La Crosse Laundry by driving truck and cleaning rugs. Bill attended Lincoln School and graduated from Central High School in 1951. Bill voluntarily joined the U.S. Air Force and served from 1952-56 with tours in Korea and Japan during the Korean War. He married the love of his life, Yvonne (Vonnie) (West) Meyer, on 11-28-1958. He was a life member of the American Legion and VFW. After his military service time, he worked as an apprentice electrician in Hokah and Rochester, Minnesota. He went on to earn a Bachelors of Science Degree in Mathematics and a Masters Degree in Audio Visual Administration from the University of Wisconsin-La Crosse. He went on to become a school teacher and taught mathematics at Mindoro High School and Pittsville High School, and the last 26 years at Columbus High School and the Marshfield Public Schools. Besides teaching, he coached both boys’ and girls’ basketball. His efforts culminated in the Marshfield High School girls’ basketball team competing in the Wisconsin State Tournament in 1977. Bill retired from teaching in 1990. Bill had the privilege of owning and operating the Chili Corner Club and Ballroom outside Chili, Wisconsin, from 1972-76. He and Vonnie in retirement traveled the world and attended three Olympics; Montreal in 1976, Los Angeles in 1984, and Atlanta in 1996. They also visited Europe, the Far East, Australia, and New Zealand. Bill and Vonnie moved from Marshfield to Holmen, Wisconsin, in 2016 and on to Onalaska, Wisconsin in 2018. Bill would summarize his adventures by saying, “I did it my way!”

Bill went to heaven to be with his Lord and Savior on October 10, 2021 surrounded by his loving family. Private family services will be held at a later date.