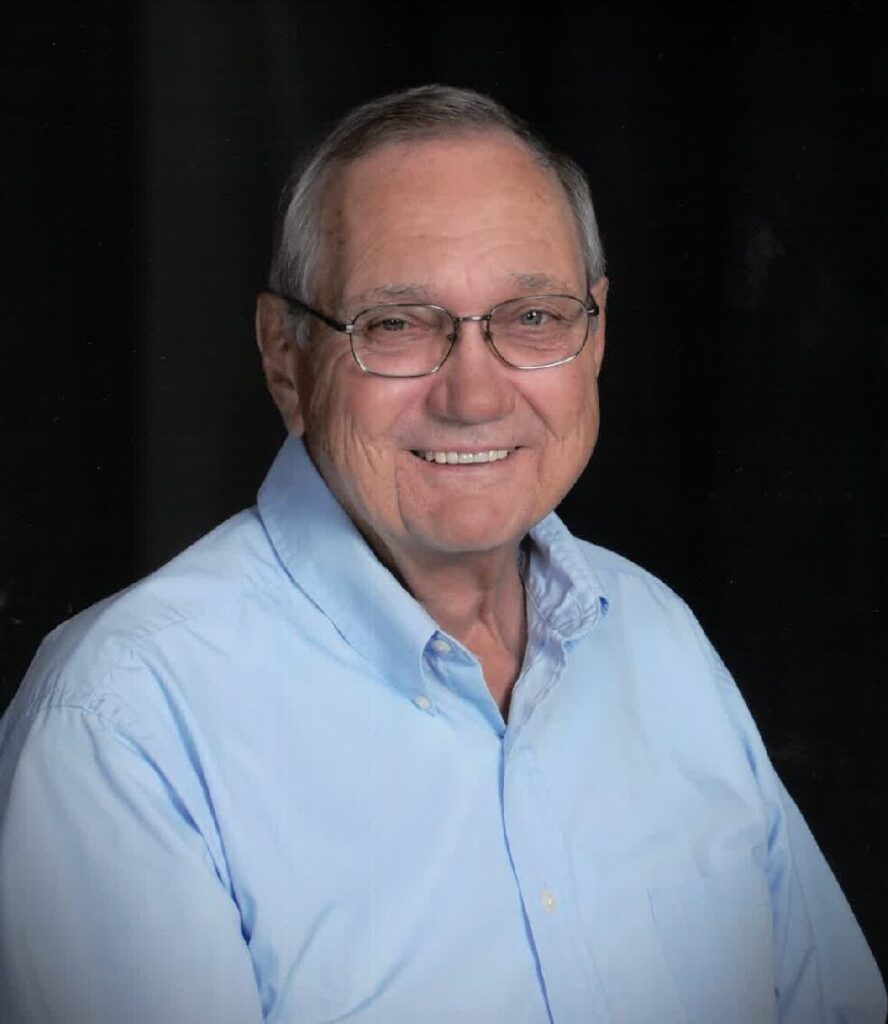 James (Jim) Fricke, loving husband, father, and grandfather, passed into the arms of Our Father on the morning of Thursday, August 18, 2022. He was 90 years old.

Jim was born on October 19, 1931 as the youngest of four children to the Reverend Harry and Lillian (Glabe) Fricke. He met the love of his life, Leona (Lee) Nomann, while attending Valparaiso University. They were married on June 27, 1956 in Karlsruhe, West Germany while he was serving in the US Army. Their marriage remained strong and vibrant throughout their lives, and they were blessed with four children, Christine, Lynn, Peggy, and David. They most recently celebrated their 66th wedding anniversary.

Jim’s lifetime career was as an educator, teaching at Harding High School in St. Paul, serving as high school principal at Medford High, Medford, WI, and employed first as principal at Neenah High School in Neenah, WI, then as its Assistant Superintendent. His final position was as District Administrator in the Stoughton, WI school district, retiring in 1990. Prior to his retirement, staff members nominated him for successful selection as Wisconsin’s School Superintendent of the Year for the 1989/90 school year. He had a BA from Valparaiso in 1954, a MA earned at the University of Illinois in    1957, and a PhD in 1965 from Iowa State University.

After retirement, Jim and Lee traveled extensively, visiting all 50 states. They also traveled in Europe, the Far East, and Central America. He developed his woodworking and home repair skills, went fishing with his friends in upper MN and Canada, and enjoyed curling with his wife. Together they became very active in their church, taking on leadership roles and supporting activities. They both enjoyed singing in the church choir, which he continued to do until the age of 89.

He is survived by his wife, Lee, daughters Christine (Bill) Cox, Lynn (Steve) Hackbarth, Peggy (Rick) Duellman, and his son, David (Chris), along with his 11 grandchildren.

In lieu of flowers, donations can be made to the Shepherd of the Hills Lutheran Church endowment fund or to the charity of your choice. Arrangements are through Coulee Region Cremation.  Funeral services will be held September 30, 2022 conducted by the Reverend David Baumgarn at 11:00 A.M. at Shepherd of the Hills Lutheran Church, 1215 Redwood St, Onalaska, WI. Burial will follow at the Minnesota State Veterans Cemetery, Preston, MN. There will be a visitation on Saturday, October 1, 2022, 2-4:00pm, in Fountain City, WI.  Family will be gathered at Elmer’s Auto and Toy Museum, W903 Elmer’s Rd, if you would like to extend your sympathy.