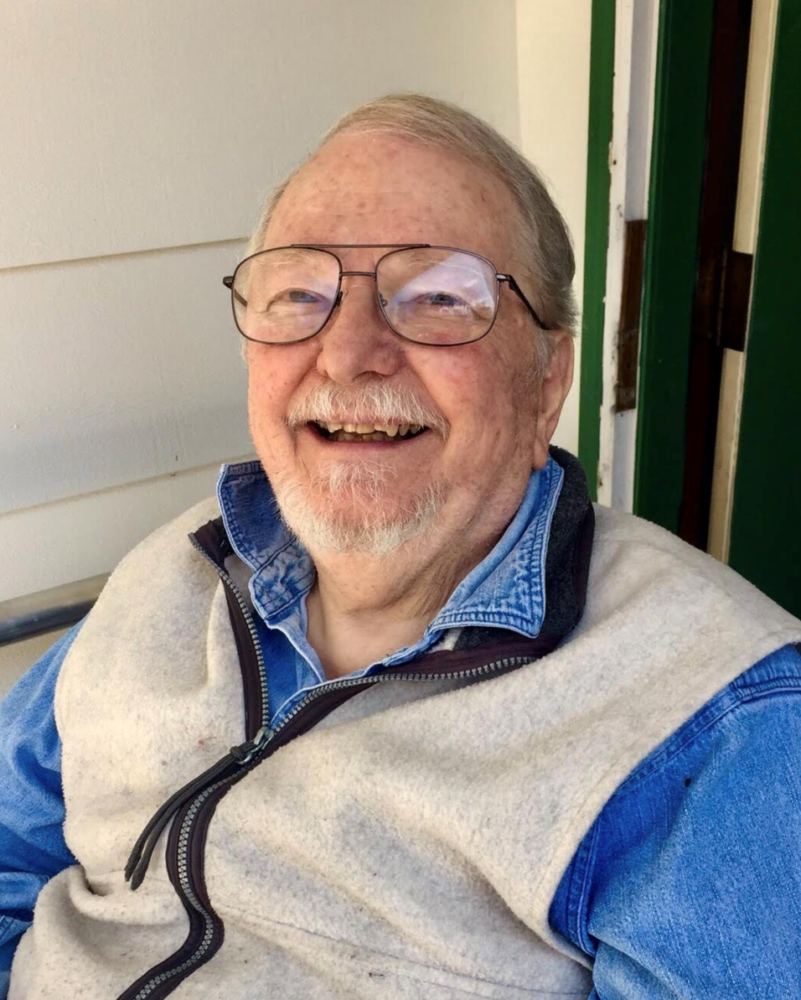 James Gerrard Edwards, 86, of Onalaska, Wisconsin passed away on May 18th, 2021 at Marinuka Manor, in Galesville, WI.

James Gerrard Edwards was born in Big Spring, Texas, 1934, known affectionally as “Gerry Jim” during his youth, later as “Gerry”.  At 4 years old he was a child model in the local newspaper in Texas for their advertising campaign.  While growing up there was always music in the house. His mother loved opera and his brother Sandy was a child prodigy concert pianist. At 11 years old Gerry was a member of the Apollo Boy’s Choir in which he sang solo while touring New York City. He sang along with opera singer Helen Traubel in which they appeared on the Bell Telephone Hour on television. In 1950, Gerry played Puck in “A Midsummer’s Night Dream”, presented by The Tulsa Little Theatre. After his exposure with show business in the boy’s choir he became stage struck and plunged into acting in school drama, speech and little theatre.

Gerry joined the Air Force in 1955 and was honorably discharged from the Air Force Reserves in 1963. In 1956 he was transferred to Forbes Air Force Base in Topeka, Kansas. There he met and married his first wife, Phyllis and his daughter October (Toby) was born in 1961.  In 1960 he survived a year-long battle with tuberculosis and had surgery to remove parts of his lung. While  in Topeka, he became involved with the local community acting group, Topeka Civic Theatre. This is where he met Dale Easton and the two developed a long lasting friendship. Gerry collaborated with Dale and the two wrote, “The Drunkard”, which has been performed in Topeka for over 55 years running. This is where his passion for community theatre took root and blossomed. In the early 60’s he was awarded the Civic Theatre’s Best Actor award for two roles, both as old men. In 1968, Gerry was working at the Topeka art and office supply store Meek’s Inc. where he met his second wife Kathy. The next year, their son James (Jamie) was born.

Many in the Topeka Civic Theatre company will remember when Gerry played Don Quixote in the musical “Man of La Mancha” in 1974. During the second performance there was a terrible accident on stage, in which he prevented a large wooden barrel from rolling into the orchestra pit, whereby he suffered a compound fracture in his left arm. He was rushed to the hospital for emergency surgery. The doctor who performed the operation was actually a fellow cast member who had left the show to be Gerry’s doctor. But as every actor knows, the show must go on and Gerry was back on stage the following weekend, arm cast and all.

In the early 1980’s he began a career in the Naval Civil Service at Point Loma in California. He worked with naval ships computer systems programs until his retirement in 1994. In 2002 Gerry and family moved to Onalaska, Wisconsin where he enjoyed his retirement. He embraced his new role as a stay at home Dad and financial manager for his wife’s massage business. He was also able to indulge in his varied interests in reading, swimming, attending symphonies, and following the advancements in space exploration. As a founding member of the Planetary Society, his name was put on a disc that was launched into deep space.

Sadly, in the last few years of Gerry’s life his health deteriorated. After several mini-strokes he needed more extensive care and went to live to at the Marinuka Manor in Galesville, Wisconsin.  At the manor Gerry made many friends and the staff loved him. They went above and beyond in their care for Gerry, especially when the manor had to be closed due to the Covid-19 pandemic.  Despite the difficult times, he still enjoyed performing for others. During a Manor family program he recited his favorite poem “The Spun Glass Ship” for the residents and their families and there wasn’t a dry eye in the house.  Gerry was a consummate performer to the last.

He is preceded in death by his Parents Will Knox Edwards and Dorothy Sandford, brother Sandy Edwards.

Thank you to Marinuka Manor and staff, and Dr. Dennis Ohlrogge for their loving care of Gerry in the past few years.