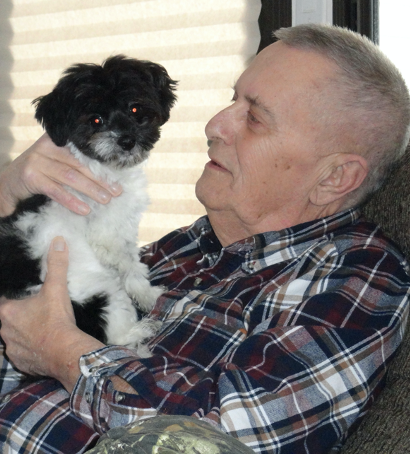 Jim was born to Jess and Josephine (Williams) Calloway on March 3, 1941, in Lancaster, WI. The family moved to La Crosse, WI, in 1956, where Jim attended Aquinas High School. His first job was with Swift & Co. He began working for the Department of Transportation in April, 1965, following in his father’s footsteps. Jim’s first new car–Grand Prix–was bought in 1968 and he continued his love of cars throughout the years (36 new cars in his lifetime). He always enjoyed watching the Packers play. Jim retired in 1996 and enjoyed breakfast with all of his friends, especially Jim Curtis, a long-time friend for 60+ years.

He was preceded in death by his parents and brother, John.

Jim is also survived by his constant companion, Sadie. She never left his side.

Memorials are preferred to the American Cancer Society.

A celebration of life will be held at a future date. Coulee Region Cremation Group is assisting the family.