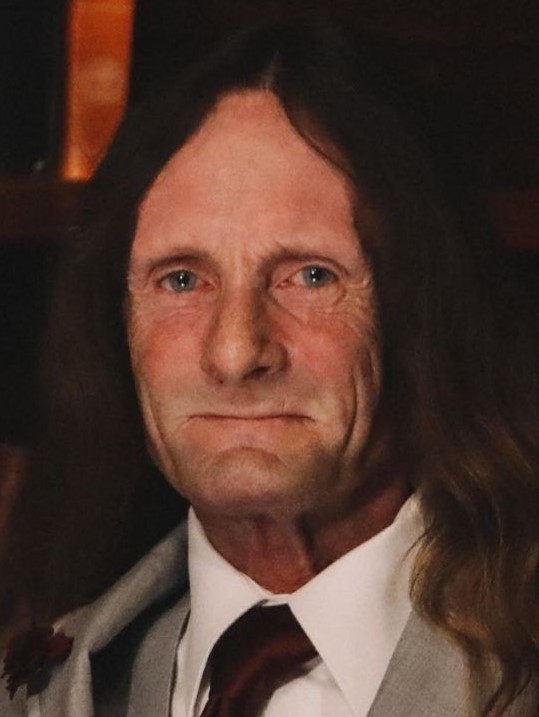 James “Jim” Daniel Barney passed away on September 14, 2021, at the age of 62, in his hometown of La Crosse, WI. His battle with cancer in the recent months showed his courage in facing life challenges with a smile. Despite the pain, Jim came out a hero and stayed strong until the very end. His final days were spent with his son Bobby, daughter Carrie, brother Randy, and sister Julie. Those that were touched by Jim understood the quality of existence far exceeds the quantity of time in which one lives. He went out with a bang: witty until the end and telling Bobby how to cook “the perfect roast.”

Growing up Jim loved learning to duck hunt, deer hunt, and running around the island with his brothers and friends. His recent hobbies included going to Copeland Park and telling anyone and everyone that would listen his stories about hunting, the different kind of ducks that exist, stories about his children with ex-Linda Frick, stories of past rock concert experiences, adventures of out west with his brother Randy and sister Jacky, watching the Green Bay Packers, riding his bike, listening to classic rock.

Jim will be honored at a celebration of life ceremony on September 21st, 2021 at the Coulee Region Cremation Group, 133 Mason St, Onalaska, WI at 10AM. Visiting hours are from 10AM-11:30 and the funeral will be at 11:30AM. Following will be a luncheon at Robins Nest at 328 Goddard St, La Crosse, WI 54603 where potluck style food will be served for those that want to contribute. 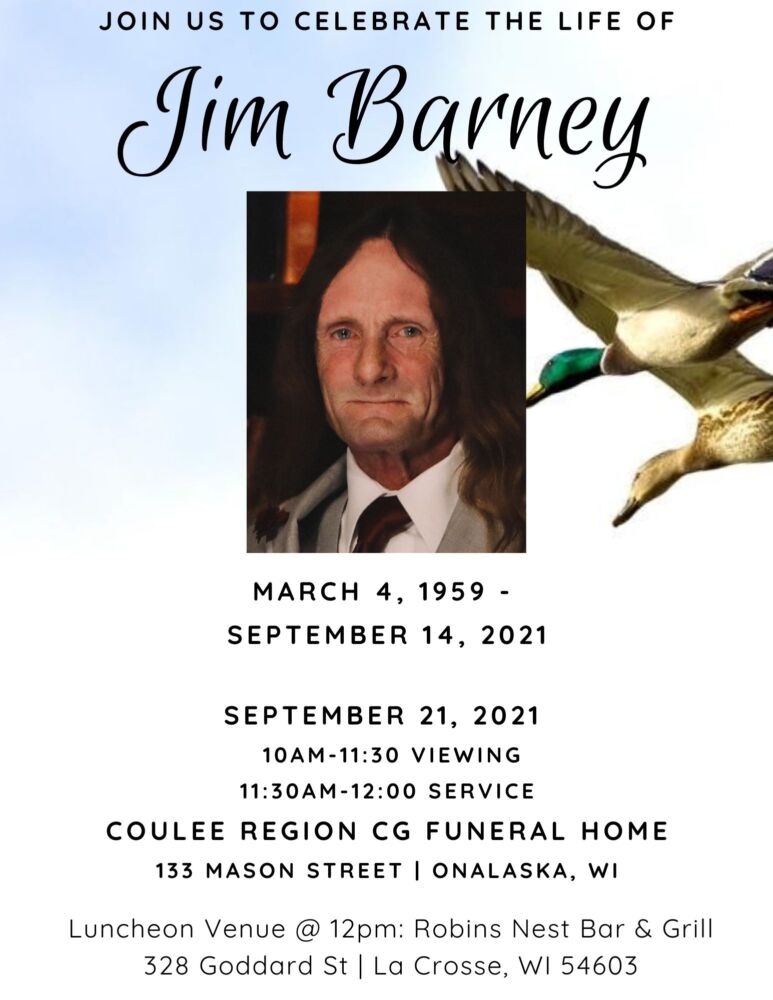