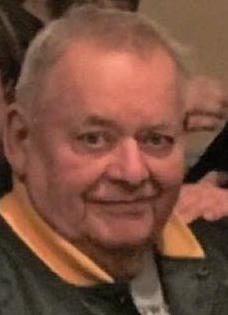 James Michael Mc Cann, 80, of West Salem, passed away peacefully at home, Monday, August 29, 2022 with  his dog Hooch by his side. He was born on July 9, 1942 in La Crosse to James and Carol (Mc Killip) Mc Cann. He married Nancy Schultz on November 15, 1961 in La Crosse. He proudly served his country as a member of the United States Army from 1961-1965.
Jim was an avid fisherman, hunter, fantasy football and fantasy NASCAR participant. He also enjoyed many trips with Nancy to Las Vegas and trips over a 35 year period to Canada’s Lake of the Woods.
Jim is survived by two daughters; Barb Langston (Phil) and Colleen Mc Cann (Chris), grandchildren; Becky Kenter (Justin), Mathew Hastings, both step-grandchildren and step-great-grandchildren.
He was preceded in death by his parents, wife Nancy and son-in-law Roger Rasmussen.
Per Jim’s request there will be no formal funeral services at this time. A Celebration of Life will be held at a later date and will be announced jointly by his family and the funeral home.
Coulee Region Cremation Group of Onalaska is assisting Jim’s family in their time of loss.