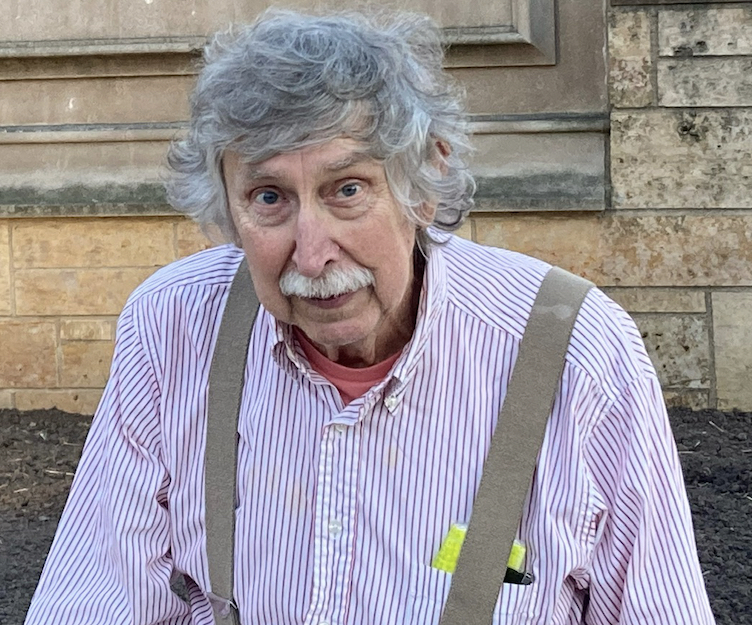 Our family mourns the death of James Michael Sobota, a wonderful man who served the roles of husband, father, grandfather, uncle, friend, professor, and mentor with remarkable love, patience, and kindness. James passed away on the 13th of April in the wee hours of the morning at home in the light and love of family and friends.

During James’ youth he sought opportunity in the outdoors every chance he could. From the hijinks of train hopping to get home from school, to adventuresome canoe trips on the Boundary Waters, James lived his life outside whenever the opportunity presented itself.  As a child he attended St. Anne’s Elementary School, and graduated from De LaSalle High School in 1962.  Despite a rough academic start dealing with a stuttering issue, and other academic deficiencies, James had an orderly and analytical mind, and after learning some academic discipline, he graduated in 1966 from the University of St. Thomas with a degree in Mathematics.  He then attended Michigan State University earning a PhD in Mathematics in 1970. During this intense time of study, he found time to marry his high school sweetheart, Marcia Anne Klein, on June 17, 1967 in Minneapolis, MN.

During his high-school and early college years he was affectionately known to many of his brothers’ children as the “cool uncle”.  He was much younger than his brothers, and thus was in a position to facilitate many interesting adventures among his brothers’ children.  During these years, his mentorship saved his brothers’ and their wives much grey hair as they were often unaware of anything other than that their children were with “uncle Jimmy”.  They had no clue what that meant!

In 1970, He began his career as a faculty member at the University of Wisconsin – La Crosse and retired as a full professor in May, 2002 and was awarded the title of Professor Emeritus.  He participated in and chaired several committees and projects during his tenure and was an ongoing part of UW-L’s hiring and recruitment process for staffing. He mentored students and new hires alike, always helping to set their expectations for success and providing sincere support for their ability in achieving their potential. New students often sought out his classes, because they had parents who had taken classes from Dr. Sobota.  James remained connected to many of his students throughout their careers and into their retirements.

He participated in community discussions for transportation and business development, and was an active member and officer of several local fishing and hunting clubs. He won many local fishing tournaments and he could often be seen providing help or guidance to his competitors.  Later in life, he showed the same kindnesses on trout-fishing streams, often giving away valuable tackle and equipment so some younger angler could share in his successes.

James traveled as much as he could; the family’s RV and campers were in constant use.  His children, Karen and Andrew, shared their father’s enthusiasm for the outdoors, hiking, fishing, and traveling, and wife, Marcia Anne, was frequently along on adventures, to see the scenery and listen to stories.  He spent two summers in Alaska and made so many trips to the Black Hills and Rocky Mountains no one can count them.   Always the curious adventurer, he spent many hours hiking and fishing “just a little bit more” to see what was past the next bend in the creek.

James continued to teach the occasional class after his “retirement”; he remained active in the University community, just at a slower pace.  With his new freedoms he traveled even more, often with his youngest granddaughter, Wakinyan Win, and picked up a retirement hobby of building bamboo fly rods.  He converted the basement to a rod-making shop and traveled around the country in his RV, or on the train, fishing mountain rivers and going to gatherings of other rod-makers.  Eventually, he joined the Wounded Warriors Project as an instructor of the Healing Waters-Bamboo Bend, a weeklong retreat where veterans came to learn how to build fly rods and find peace in the rhythms of the hand-plane and fly fishing in beautiful places.  And of course, he continued to invest himself as an active and valuable member of the UW-L Mathematics community by helping develop the Learning Center and launching UW-L’s first online classes. In 2012, he was honored by UW-L naming a Mathematics scholarship after him.

James was an adventurer and hard worker.  He set goals and achieved them.  He inspired many students, both in the classroom and on the trout stream, and often heard from them that his patience and dedication to his teaching craft was a gigantic portion of their success. Despite the commendations and compliments, James was a humble man; one who never passed an opportunity to support and uplift others, but also required a person use their own hard work to succeed.

James was a big presence for all who knew him. For his family, he was its center. He leaves behind the legacy of his work ethic, enthusiasm, knowledge, and creativity to his family. We’re honored to receive these gifts and promise to remember James each time we embark on our own adventures, when we go fishing or hiking; or even when we simply have to spend time doing some math.

Jim, In love and light, we will always miss you.

A Celebration of Life will be held later this summer at a location and time yet to be chosen.

Memorials may be made to the James Sobota Mathematics Scholarship at https://www.uwlax.edu/foundation/ or to the Bamboo Bend: Handcrafted Healing at www.bamboobend.org.