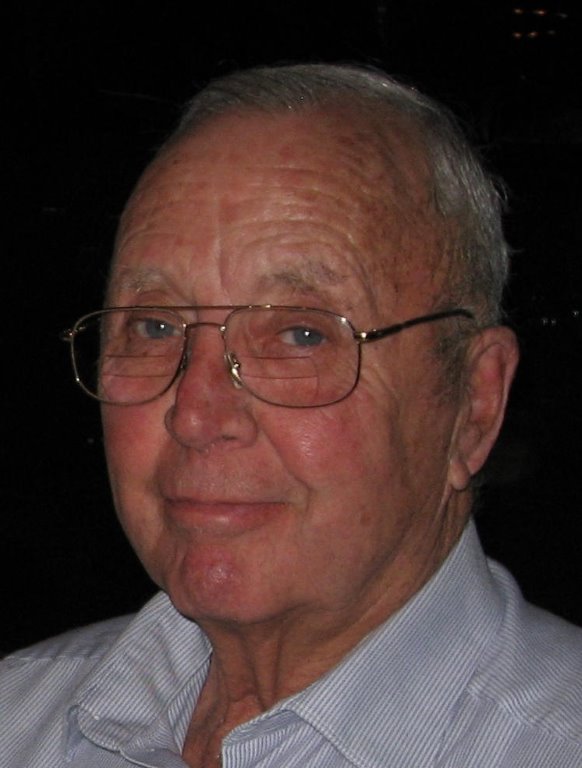 Dad had many jobs throughout his life.  He worked on the family farm and continued farming and hauling milk for a short while.  Then when they moved to town, he had various jobs.  His next move was to New Richmond, WI where he worked for Peter’s Meats as a route driver and Institutional Foods salesman.  Dad made many longtime friends while working there.  When Peter’s Meats was in danger of having to close, dad moved his family to La Crosse, WI.  He found a job with a new company that was just starting up – Reinhart Foods, where he was Director of Operations.  He was able to work with many of his previous co-workers from Peter’s Meats, as Reinhart Foods had hired them.  His next endeavor was a beer hauler for Stockle Beverage.  He would haul beer every day to Calumet City, IL.  He then worked for DeBauche Truck and Diesel as a parts department delivery person for many years before retiring. He was a man that liked being on the road for his various jobs and put on many miles.  After retiring, dad enjoyed woodworking and putzing in the garage and visiting with family and friends.  He will be missed by all that knew him.

A very special thank you to all the staff at Bluffview Memory Care for the excellent care they gave our dad and for putting up with his shenanigans throughout the years.

A memorial service will be held at 11:00 am on Wednesday, November 11, 2020 at The Gathering Place, 133 Mason St, Onalaska, WI. with visitation from 10:00 am until the time of the service.  Chaplain Jeff Thomson will officiate.