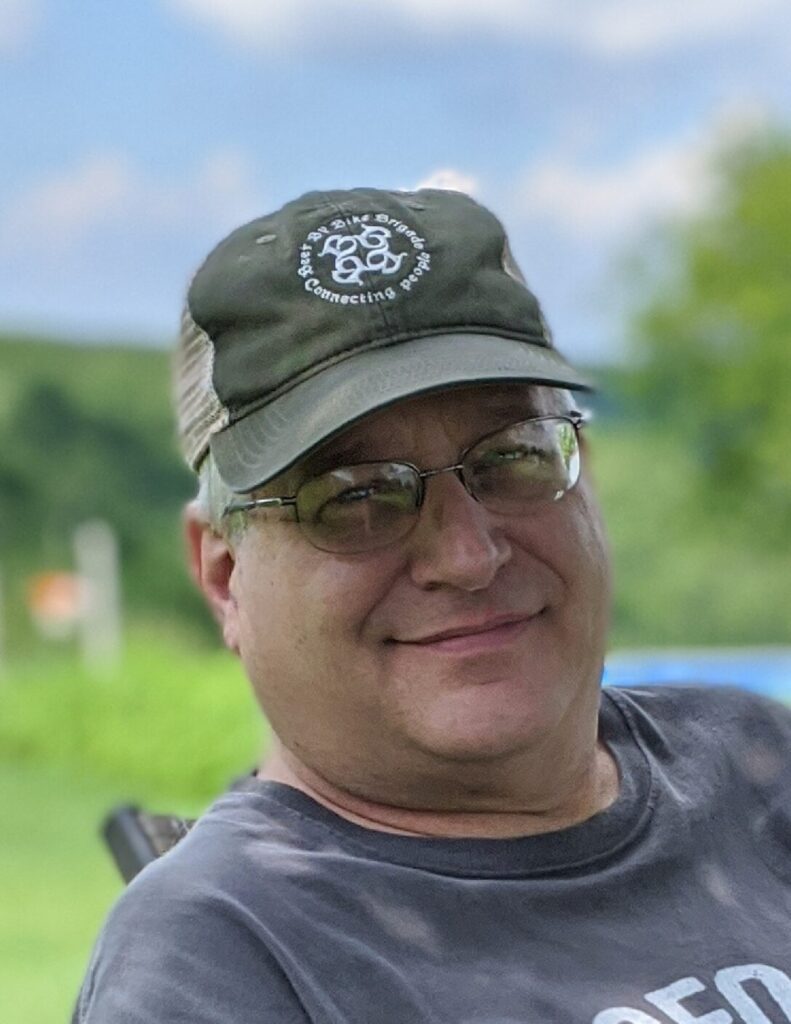 Jay M. Mueller, 61, of La Crosse, passed away on Friday, August 7 at home. He was born to Thomas and Clarice Mueller in La Crosse, WI on February 1, 1959. He had two children, Joshua Mueller and Stefanie Mueller. He worked at Gundersen Health. He was going to be retired the day that he passed. Throughout the years he also worked at McDonalds, La Crosse Public Library, and G. Heileman’s Brewery. He was a loving father to his kids, nieces and nephews. He loved biking, camping, hunting, and fishing. He took pride in volunteering for Steppin’ Out in Pink and the Beer by Bike Brigade. He was very active in supporting his community. He was well known for making dumplings in his coveted dumpling bowl.

He was preceded in death by his father Thomas, mother Clarice, and sister Zandria.

A memorial service will be held at 12:00 pm on Tuesday, August 11, 2020  at The Gathering Place, 133 Mason St. Onalaska, with visitation from 11:00 am until the time of the service.  A private family burial will follow.  In lieu of flowers memorials are appreciated.