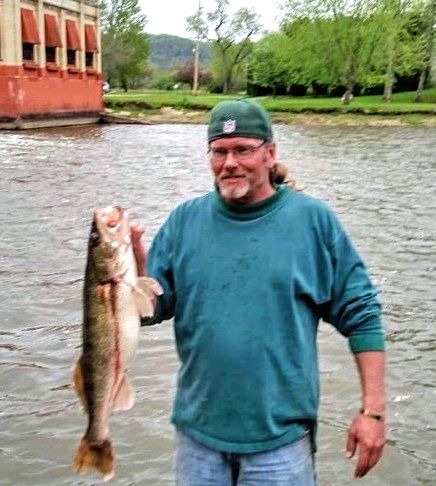 John Edward Fortney, 52, of Viroqua, passed away from a heart attack at his home on Wednesday, September 30, 2020. He was born in Viroqua on March 4, 1968, to Clifford & Ruth Fortney of Soldiers Grove.

John graduated from North Crawford and attended UWL-La Crosse. He worked at Northern Engraving and VARC and then was self-employed.

John was always there to help a friend if they needed him. He enjoyed life, fishing was his favorite thing to do. John was an avid sports fan and could recite many statistics from way back. He spent a lot of time mushroom and ginseng hunting and later on, rock collecting. The stories he told were hilarious and as wild as they were, we are confident you couldn’t make any of that up. He always had good material.

In his childhood & maybe even in later years- John was always up for an adventure, even if it wasn’t the best idea. John packed more living in his 52 years than most people do in a lifetime. He was ‘one of a kind’ and was loved more than he ever knew. John will be so missed!

He left behind a brother, Ronnie (Lorraine) Fortney, sisters: Phyllis (Gary) Haugland and Diane (Greg Bakkestuen); his long-time companion, Nicole Repinski; a daughter, Taylor and a grand-daughter who he had never met; nieces and nephews, great nieces and nephews and many good friends and family, as well as his cat, “hey you”.

John was preceded in death by his parents and a nephew, Cody George, which he spent many good times with. He was even called “Uncle John” by Cody’s friends.

A private burial will be held at a later time, due to Covid, at Franklin Lutheran Church, Soldiers Grove with Pastor Jeanette Thorp. The family plans to have a “Celebration of Life” for John, which will be determined at a later date.