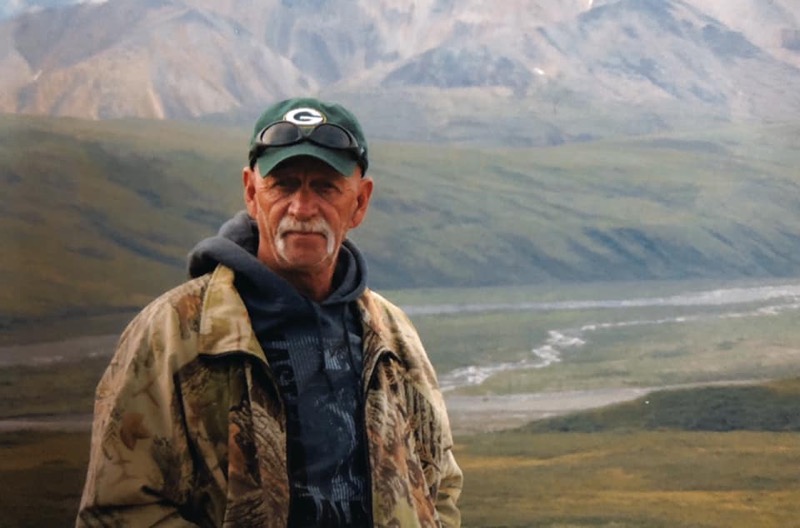 John was born in La Crosse on November 11, 1953, to Ralph and Gertrude (Stellpflug) Ebersold, and was among the first graduating class of Gale-Ettrick-Trempealeau High School, 1972. On July 6, 1974, he married his high school sweetheart, Lu Hovell.

Together they had two children, Josh and Jesse. John worked at Brunkow’s Hardwood before moving on to an employee of the Village of Trempealeau for 35 years.  He was a volunteer fireman for 25 years, worked closely with visiting archeology teams, assisted the Lions Club in activities, and anyone in the village who ever needed help – John was there.

John was an avid sportsman, involved in hunting, fishing and trapping which he passed on to his children, grandchildren, nephews and nieces.  He was his grandchildren’s number one fan supporting them in wrestling, swimming, football, baseball, basketball, cross-country, golf, and life.

After retirement he enjoyed traveling with his wife and hiking the local bluffs.  John was the local authority on the topography of the Trempealeau area as well as its history.

He was preceded in death by his parents; in-laws, Clyde and Barb Hovell; sisters, Jean, Janet Vondrasek, and Carol Brush; and brother-in-law, Jon Hovell.

A celebration of life service will be held at 3:00 pm on Thursday, September 12, 2019 at The Gathering Place, 133 Mason St., Onalaska with a reception held immediately following the service until 7:00 pm.   Pastor Allison Cobb of Holmen Lutheran Church will officiate.  Coulee Region Cremation Group is assisting the family.  A full obituary and online condolences are available at www.couleecremation.com.  In lieu of flowers, memorials are preferred and will be donated to a charity of the family’s choice.

To view John’s tribute video, paste the link below into your address bar: