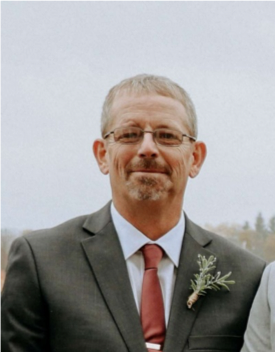 He was born in Sparta to Edward and Beverly Wendorf on January 5, 1971.  After graduating from Sparta High School in 1989, Jon joined the US Army where he traveled to Germany.  Once he was back home, Jon continued with a career in the masonry and construction industry.  Jon married his first wife, Joni Krepline (Adams), and had three children, Whitney (Derek), Kadie (Dakota), and Luke.  They later divorced and Jon remarried Annette Anderson, where they shared a blended family, including Brenna (Andrew), Tanner, and Trenton (Luanne).  They later divorced.

Jon is survived by all family members listed above, as well as his siblings, Jayne (Gregg) Jochimsen and Jim (Melissa) Wendorf, along with his nephews and niece.  He is preceded in death by many aunts, uncles, cousins, and beloved friends.

Jon loved spending time on the golf course, playing cribbage, watching Wisconsin sports, camping with friends, boating, and being with his dogs.  He will be greatly missed by all.  May he rest in peace until we meet again.