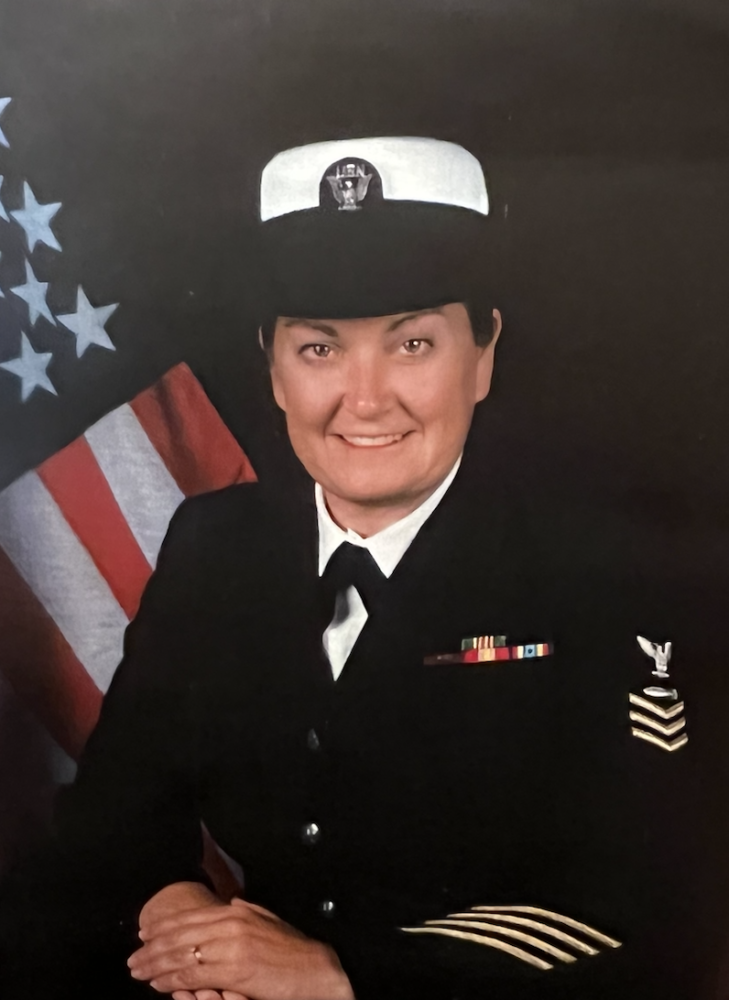 Julie A. Malin of Onalaska, WI passed away at the age of 63 on December 22nd, 2021 after a courageous battle with cancer and the effects of a stroke suffered in 2018.

Julie was born October 14th, 1958 to Jerome Malin and Rose Mary (Mezera) in Onalaska, WI. She graduated from Onalaska High School in 1976 and enlisted in the US Navy shortly after. She was a Torpedoman’s Mate First Class Petty Officer with tours in San Diego, Scotland, Norfolk and Hawaii, retiring after 20 years of service. Julie married James Tank on January 18th, 1997 a Tugboat Captain and they later divorced.

Julie moved back to the area making her home on Lake Onalaska in Brice Prairie. She continued to serve her community while being employed at the Challenge Academy at Ft. McCoy and being an active volunteer in the Onalaska American Legion Honor Guard as well as other activities at the Post. After retiring from the Academy, she frequently visited with family and friends, loved scrabble, euchre, the Packers and Brewers, upholstering, quilting, boating and watching the many birds that frequented her feeders.

Julie was preceded in death by her parents, brother Dave, grandparents Joseph and Mae Malin & Vince and Catherine Mezera.

A Christian Mass will be held for Julie and her father Jerome at St. Elizabeth Ann Seton at 515 N. Main St, Holmen, WI 54636 at 11:00 am on Friday January 7th 2022. Military honors will be held at the Onalaska American Legion Post 336 promptly following the service and a luncheon Celebration of Life will continue inside.

In lieu of flowers, cash memorials are preferred and will be distributed to Julie’s Care Providers.