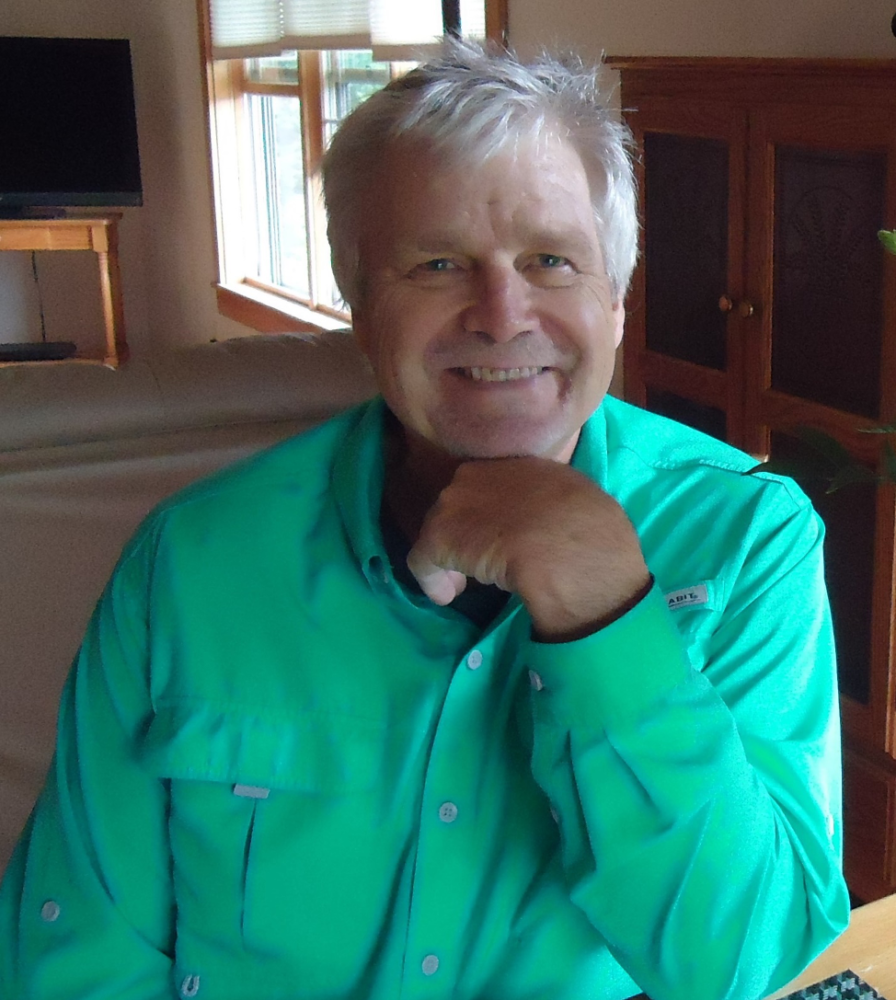 Keith Alan Weiland, beloved husband and father, age 67, took his last breath at home on October 20, 2020 after a short but valiant battle with pancreatic cancer. He was born to Robert and Doris Weiland here in La Crosse. Keith was a 1971 graduate of Central High School- La Crosse, a 1975 graduate of UW-La Crosse, and a 1989 MS recipient from the University of Alaska-Fairbanks. After a brief stint and a second coating of oil in the oil fields of Wyoming in 1977, Keith moved to Alaska in search of a more satisfying way of making a living. He channeled his love of fishing, the outdoors and science into a 30- year career as a fisheries biologist with the Alaska Department of Fish and Game. He received the Director’s Award for Outstanding Service in Fisheries in 2002.

In Alaska, Keith met the lovely woman who agreed to share her life with him, Maury Dawn (Grunwald). The couple succeeded in getting “their genes into the gene pool” with two amazing children, Hans and Alesha. Keith is also survived by is twin sister Karla (Collier) and older sister Karen (Naegle) as well as all of their offspring, many cousins and friends. Keith wanted a celebration of life where family and friends could talk good or bad about him at the old Varsity Club for beer and pizza. He said, “No crying allowed. Attire to be casual. I will be the one dressed in a coffee can.” Keith realized with the pandemic these plans will be on hold with possibly an outdoor picnic instead in the spring. Virtual visitation for family and friends will be announced shortly.  Keith’s wishes were to have his ashes spread over Bristol Bay where under his watch over 100 million salmon were harvested. In lieu of any memorial, Keith asked that we fight to protect the world’s over 500,000 endangered species, be willing to fight climate change now or just do an act of kindness to a stranger. Coulee Region Cremation Group is assisting the family.