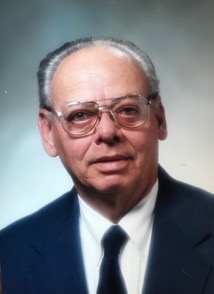 Kenneth Paul Clements, 78, of Onalaska, Wisconsin, passed away on Friday, February 28th, 2020 at his home. Ken was the oldest of eleven children born on August 30th, 1941 to Paul and Luella (Newberg) Clements.  Ken was married to Sharon Suchanek on January 6th, 1964 in Waukon Iowa.

Ken worked as a welder at Trane Company for forty-one years and retired in 2002.

After retirement he filled his time as the Treasurer of the Team Bass Club and ran their Bass Taxi for local fishing tournaments for many years. Ken was known in the community for making and repairing fishing rods, but that was just a portion of the talent and handiness that he showed with all projects he was a part of. Dad, Grandpa Ken or Kenny was always the person we relied to for anything we needed. Kenny was a devoted husband, father and grandfather. He will be sadly missed.

Funeral service will be at 11 a.m. on March 6th, 2020 at Shepherd of Hills Lutheran Church, 1215 Redwood Street, Onalaska, W.I officiated by Pastor Baumgarn. Internment will be held at the Onalaska City Cemetery with reception to follow at The Gathering Place, 133 Mason Street, Onalaska, WI.

Visitations will be held on Thursday, March 5th from 4 to 7 p.m. in the Prairie Room at The Gathering Place, and also from 10 am until the time of service on Friday, March 6th, 2020 at the Church.  Coulee Region Cremation Group is assisting the family.
The family would like to thank the Onalaska Police Department and the Gundersen Tri-State Ambulance.