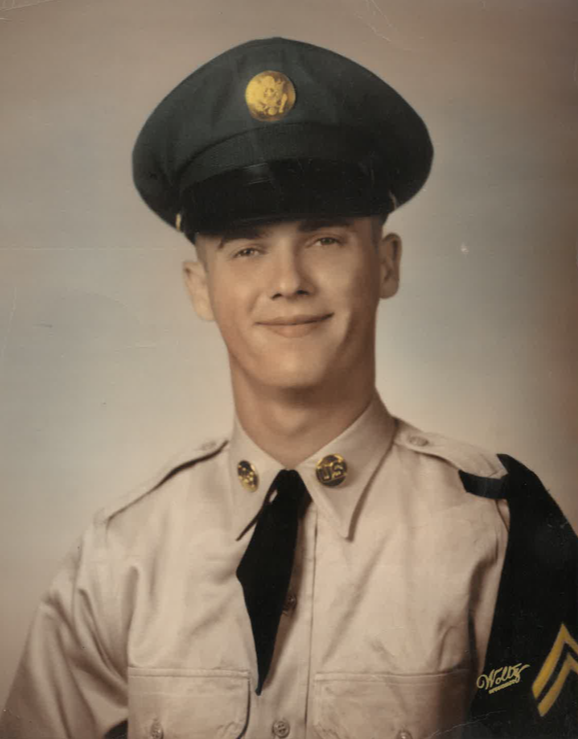 Kenneth Wayne Ames, 74, of French Island, WI passed away peacefully on Saturday, September 12th at the Tomah V.A. He was born August 23rd, 1946 in Valley Junction, WI to Daisy Nichols and Frank F. Ames. They had lived in California for a few years, later returning to La Crosse. He served two tours in Vietnam and was a proud vet. Kenny was a custodian for Onalaska High School with 24 years in.

He is survived by his ex-wife Betty of Florida, son, Kenny, and two grandkids all of Florida. Daughter Shannon Ames (Jason) of French Island, daughter Jennifer (Josh) of Holmen, WI. Grandchildren Isaac, Sydney, Simon, Kellen, Kailyn, Skylah and Serenity. Nephew and niece James and Julie Barney of  La Crosse, he is also survived by many nieces and nephews. Stephanie, Sherry, Billy of French Island and Onalaska. His caretaker and Shannon’s mother Virginia Roberts of French Island. Best friends Bobby and Gary Sokolick of French Island, and his furry companion Maggie May.

He was preceded in death by his parents, brother Richard, sisters Helen, Sherry and Carol, cousins, and friends.

Services to be held at a later date.