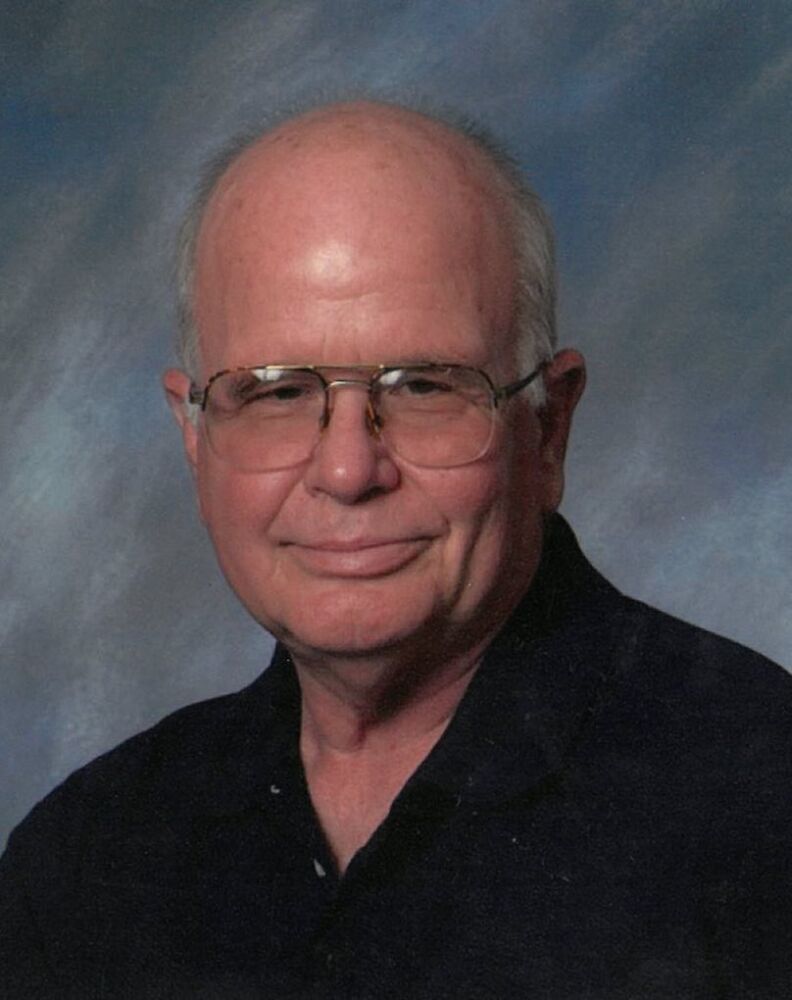 It is with great sadness that we announce the passing of Larry Howard Larson, who took his last breath on May 29, 2022, with his loving wife, Cyndy by his side.  Larry was born on Dec 23, 1941, in La Crosse, Wisconsin to Harriet and Marcus Larson. He was blessed with a loving family, including his four siblings who he adored. He remained very proud of his Norwegian heritage throughout his life. Larry was a humble sincere man of quiet demeanor and strong faith.

He was also loyal and a person of integrity depth and character. He was a very good listener. He had a way about making anyone in his presence feel at ease and accepted. Larry also valued silence and was very comfortable enjoying other’s company without words.

He lived most of his life in Holmen, Wisconsin, where he enjoyed the slower pace and offerings of small town life. In the latter years he bravely faced a long arduous road, which Larry fought valiantly with each new day. No matter what, when he was asked how he was doing? Larry without fail would always reply, “Pretty Good!”

As a young man Larry attended Onalaska High School. After graduation he enlisted and served honorably in the Navy, prior to the Korean Conflict. He loved being able to travel the world and was primarily stationed throughout the Mediterranean.

Larry met his bride to be Cynthia (Cyndy) Fuchs Larson on a blind date. Larry was playing the guitar and singing in his Country Western Band, The Chapparals, while he was trying his hand out as a musician on the guitar. Larry inherited his musical acumen and talents from his father, who was a very accomplished organist. Larry loved music, especially Country Western.

From the spark of that evening he and Cyndy built a future together. Larry married the love of his life, Cyndy on June 20, 1970, at St. Patrick’s Catholic Church in Onalaska, Wisconsin. This June would have been their 52nd Wedding Anniversary.

He and his wife, Cyndy later became the proud parents of Shawn and Shannon. Larry was a devoted loving father who was very supportive of his children’s dreams. He always took the time to pass the football or baseball with Shawn and he and his dad enjoyed watching games together. Wonderful memories were made for both as they watched the Super Bowl throughout the years with their tradition of feasting on their favorite, a Tater Tot Casserole.  Larry would also make time to take his daughter, Shannon’s hand and walk up to the corner store on many occasions, where she excitedly got to pick out a stuffed animal of her choice. He always enjoyed attending his daughter’s singing performances and beauty pageants.

Throughout the years Larry continued to have a heart and passion for music which he not only passed on to his daughter, Shannon, but as time progressed to his four granddaughters who also inherited his love for music. When they were little Larry could be found joyfully singing to his granddaughters a vast repertoire which included:

“Somewhere over the rainbow

And the dreams that you dare to dream

As his granddaughters grew older their Papa Larry always tried his very best never to miss one of their Show Choir performances at the Heider Center in West Salem, since he was a big fan!

Larry loved spending time with family and always looked forward to summer, where he enjoyed attending June Dairy Days and was thrilled by the bigger the stack of pancakes the better!

Larry looked forward to many evenings grilling out, which was always a treat, especially since he was a man who loved his cheeseburgers! But even more he loved time well spent with family around a Campfire and S’mores. Every 4th of July and for Kornfest he looked forward to watching fireworks in their backyard. Hosting Family Holidays have always been a big Larson tradition, which made Larry very happy. It was even better when family from out of town came for a visit.

He always looked forward to the annual highlight of the season spending every Christmas Eve at his sister, Ruthie’s home for an enchanted evening with the entire family. The special festivities were full of delicious food, a beautifully adorned tree, a gift exchange, delightful conversation, including reminiscing and always a plentiful abundance of holiday treats, besides much merriment.

He enjoyed immensely these family gatherings that always were accompanied on a high note with spirited games and snacks, where he was content to be a passive participant. Larry felt that no holiday meal was ever complete without sharing and enjoying some delicious lefsa.

While raising his family Larry was employed by the Pepsi Corporation for well over 30 years. He enjoyed his career and the comradery, but was absolutely thrilled to take early retirement.

Larry was a huge sports fan. He especially relished in cheering and rooting for his beloved Green Bay Packers. Larry was very knowledgeable and could recite a litany regarding the history, trivia, statistical analysis of all football and baseball teams.

He was also a big Brewers and Badgers enthusiast. He enjoyed trips to see the Packers, Brewers, Badgers, Cubs and really delighted to watch every Sunday and Monday evening games from his cozy recliner with his furry best friend on his lap, Gus. Larry out of respect for the Packers would be dressed in his favorite sports attire of green and gold. He had a vast collection of his favorite team’s baseball hats, which her wore proudly. Larry attended many local Holmen High School football games & rooted for the University of Wisconsin- La Crosse football team. He also really enjoyed relaxing by the television and always looked forward to his favorite programs and movie nights with popcorn and of course Pepsi too.

Larry & his wife, Cyndy Loved Breakfast! He used to look so forward to going to Jacqlon’s in Holmen that was owned by his sister-in-law, Jackie. Both he and Cindy loved to find and explore new breakfast places, which were always a hit. His family teased them that they could have written a guidebook of local hidden treasures for the best breakfast hot spots to be had throughout Wisconsin. Speaking of breakfast, Larry loved his Coffee black & hot! Followed by a hearty meal he really enjoyed leisurely drives through the scenic countryside. Many a time not being able to resist the charm of an old fashion Midwestern festival along their way.

Speaking of Larry’s penchant for breakfast, he had a voracious appetite for anything ice cream, especially Chocolate Sundaes, Shakes and his quintessential love for Snickers. He cherished times spent with his four granddaughters, so every opportunity he had, he’d walk the girls up to the local root beer stand, The Frosty Mug for a treat. When feeling like hopping in the car he and Cyndy would seize the day and patron Linda’s Bakery for a donut or two.

Family was the foundation and cornerstone of Larry’s life. Nothing meant more to him than everyone being all together for times well spent, including the many beloved rescue animals throughout the years, which were family too.

We love and will miss you greatly Sweet Husband-Dad-Brother-Papa-Uncle-Friend.

May God be with you.

Larry was unassuming, so on behalf of his memory please perform a simple act of kindness.

We’d like to thank the staff at Hillview Health Care Center who became family, during the years Larry was a resident. Thank you for your empathy and compassionate care. You all truly made Larry felt heard and made his days much brighter.

A special Thank you to Dr’s David and Sheila Momont for your care and friendship throughout the years.