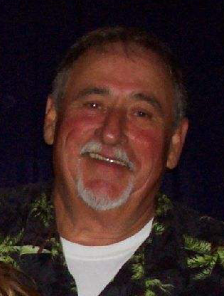 Lawrence E. (Lenny) Liebl Sr., 74, passed away at his home on St. Joseph Ridge surrounded by his loving family on Thursday, August 6, 2020.

In 1964 Lenny enlisted in the U.S. Army serving a tour in Vietnam as a Ranger Spc 5 earning the Vietnam Service Medal, National Defense Medal and the Good Conduct Medal. He was a member of the Onalaska American Legion.

After returning from his military duties he married the girl next door, Jane Rogers on April 20, 1968. They had 3 children.

Lenny worked for Dairyland Power at the Genoa Power Plant for many years before retiring to a life of fishing, family and travel. “Bumpa” loved taking his grandkids fishing for panfish on the Mississippi River to their “very own” secret spot which was later found to be the same place. Every year he looked forward to deer hunting with his son and grandchildren.

He was an avid NASCAR, Packers and Brewers fan. He had an amazing sense of humor which was enjoyed by all.

Lenny was proceeded in death by his parents, siblings, Richie, Doug, Carol, brother-in-law, Frank, his mother- and father-in-law, George and Mary Ann Rogers.

A Special Thank You to the Hospice staff at Gundersen Medical Center.

A Drive Through Visitation will be held Saturday, August 15, 2020 from 11am-1pm at The Gathering Place, 133 Mason St, Onalaska.