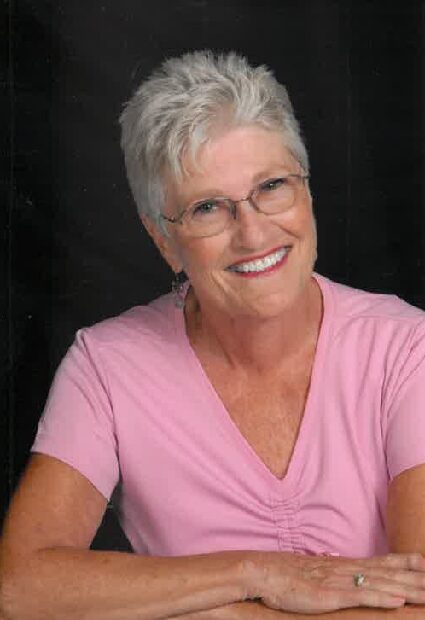 Lee was born in 1940 in Kemblesville, PA the only child of James S. Purcell and Jean Irene West Purcell. She was delivered at home by her Grandfather; Dr. Frederick West. Lee’s young years were turbulent from WWII and her parents divorcing shortly after. At the age of eleven, she went on to live with her father and stepmother Lillian Purcell in Oxford, PA.

Lee and Joel owned and operated Anderson Agency Inc. until bought out by daughter Kelly in 2004. In their retirement, they bought a motorhome and traveled the country for 9 years. They ended up in Bear Creek Community in Ormond Beach, FL. Lee and Joel were avid tennis players in the community and Lee was very active in numerous community events, including singing and dancing in many concerts. She made her claim to fame by singing the National Anthem at a Brewers game in 1999. Lee and Joel have a Florida Keys rescue dog named Stanley; Lee and Stanley became Hospice Therapy certified. They volunteered at an area Cancer and Hospice Center for eight years.

While visiting home in WI last summer (2021), it was discovered that Lee was sick and she made the decision to remain here with her family. Lee and Joel were happily married 64 years. We would like to thank Saint Mary’s Rochester Radiation team, the La Crosse Mayo Cancer Center, and Hospice team.

A memorial service will be held at 11:00 a.m. on Saturday, July 30th, 2022 at The Gathering Place,133 Mason St. Onalaska.  Visitation will be held one hour prior to the service.

Her memorial service will be live streamed with ZOOM.  You must download the zoom app in order to view.  Below is the linkJoin Zoom Meeting.

To view her tribue video, please click the link below
View the video on the web and start sharing it on-line