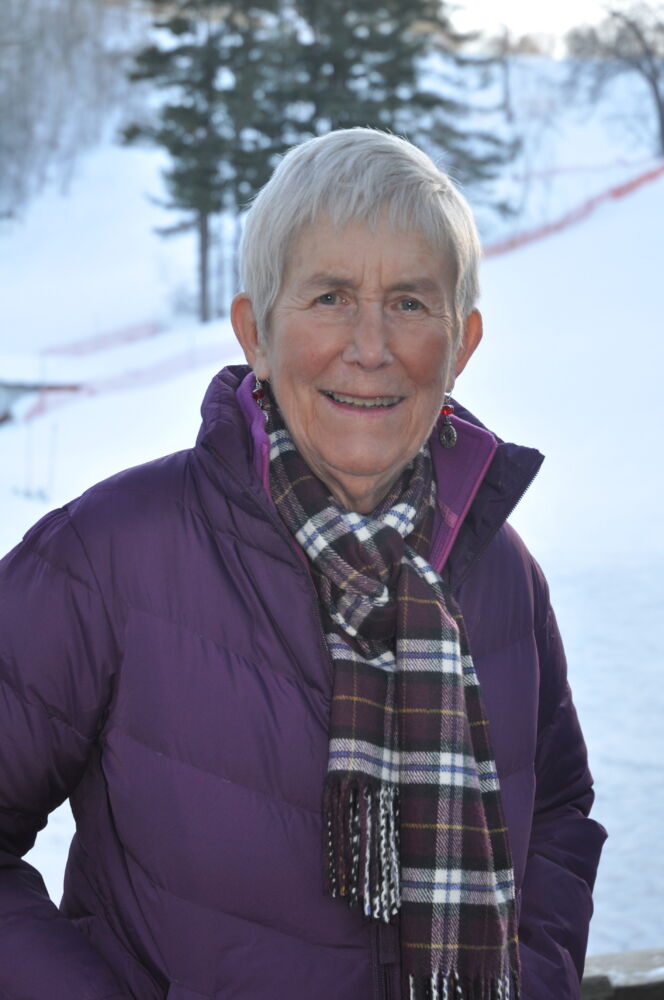 Lois drove a four-horse hitch when she was 11 years old; this courageous spirit persisted throughout her life. Born on May 22, 1928, she grew up on a dairy farm outside of Eau Claire, WI with her parents (George Clarence Sprague and Esther Amanda Hysen Sprague), grandparents, and her beloved Aunt Helen.

Lois preferred working in the fields with the men versus the tedious needlework and sewing inside the house. However, she mastered culinary skills and could whip up a meal in a flash. Hardworking, sociable, and independent, Lois approached life with zest. Her country neighbors enjoyed when she visited on her pony, Betty—full of news and chatter.

Swift-minded and a quick learner, Lois attended a one-room school, where she excelled and brought home lessons for her younger brother, Clarence. With her knack for numbers and leadership skills, she served as class treasurer at Eau Claire High. While working in the local dime store, she graduated in three years at age 17.

During high school, Lois gained two new siblings, Linda and Larry. Her brother Clarence introduced her to Jack (John Carter) Storlie when they were 16. Initially, she resisted this matchmaking, but Jack turned her head. WWII was reaching a close when Jack enlisted in the Navy a year later. Their romance blossomed—like many in their day—through the war. After he returned, they married on March 28, 1948.

When Jack went into the Navy, she became a teller at the local bank and worked there until he graduated with a degree in chemistry. Her talent and strong work ethic caught the attention of her boss, who promoted her to assistant to the president. She loved her banking career but gave it up for motherhood and to support Jack’s professional opportunities.

Lois and Jack moved to Spooner, WI, where Jack taught high school chemistry and physics. They made life-long friends and fell in love with the lakes in northern Wisconsin. The lake property they bought on Lower Eau Claire Lake in 1962 became a special place for the rest of her life.

Eventually, Jack’s career took them to La Crosse, WI, where he became a professor at UW-La Crosse in 1959. Many lasting friendships grew out of the UW-L and La Crosse community. Their five children each obtained at least one degree from UW-L.

Once raising children was no longer all-consuming, Lois took a position at Mt. La Crosse as a bookkeeper in 1973. Even though she never skied, she became an enthusiastic promoter of downhill skiing. As Director of Marketing, Lois enticed busloads of people to come from Chicago and beyond to experience the wonders of the La Crosse coulee region ski scene.

In 1988, Lois started a new career with the Head Start Program. As the office administrator, she enrolled students, managed the budget, and helped with grant writing. She retired in her mid-70s to spend more time volunteering for ski races and enjoying Lower Eau Claire Lake.

In her 80s, Lois received “Volunteer of the Year” and “Lifetime Achievement” awards for her decades of volunteer service to youth ski racing and her promotion of La Crosse tourism.

Those who love Lois describe her as spirited, talkative, fearless, and youthful. She described herself as “tough.” She celebrated her 90th birthday at Mt. La Crosse, where over 150 people came to honor her. Two weeks later, her health took a turn for the worse. She fought multiple health challenges, including cancer, sepsis, covid, and Parkinson’s, with fierce determination. Her time came on Saturday, August 6. She passed peacefully, surrounded by loved ones.

She is preceded in death by her parents, George and Esther, her husband Jack, and brother Clarence.

Donations can be made to the UW-La Crosse Foundation John and Lois Storlie Scholarship Fund or the Coulee Region Humane Society.

Visit LoisLifeStories.com for more episodes from her life.