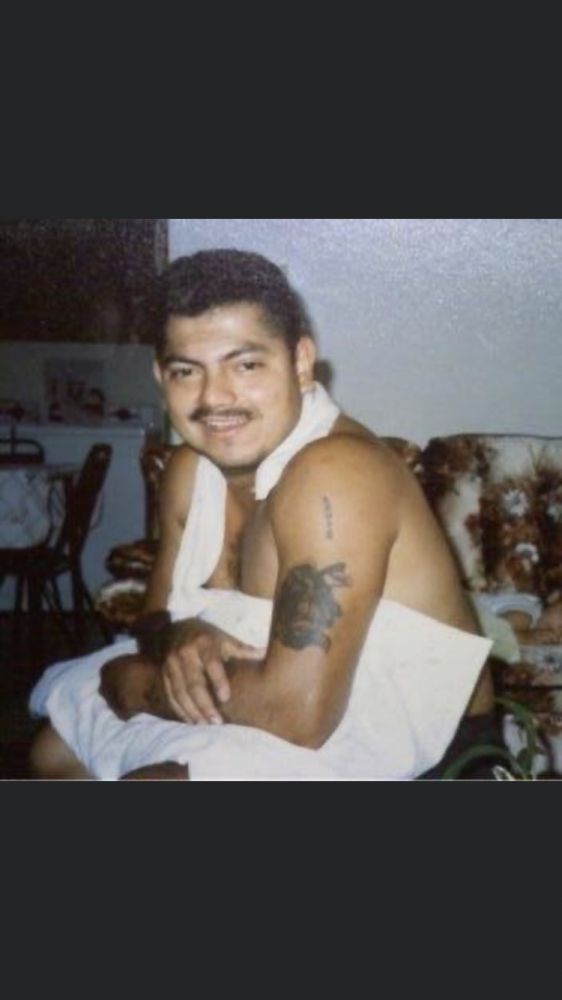 Louis John Garcia Sr., born March 21, 1964, passed away peacefully in La Crosse, Wis., at Gunderson Lutheran hospital on the evening of Feb. 23, 2020 at the age of 55. He is survived by his mother and father, Mary and David, his brothers David Jr, Narcizo, and Anthony, sisters Isabel and Phyllis, and his two sons, Louis and John.

Louis was a man who offered an incredible amount of joy. You could see how fun he was early on according to his brothers and sisters. If you could tell the boys apart, that is, with Mary often dressing him and his brothers in the same shirts. Oftentimes they wore all white, and were told not to get them dirty, lest they get scolded. Of course, boys will be boys!

After playing baseball together and picking on each other as siblings do, Louis – known as Louie – eventually decided to leave south side Chicago and serve his country through the Marine Corp. His adventure, however, would have to wait after he was dropped during a sendoff party and broke his arm.

But he would go and make many lifelong friends in the military, proudly not only wearing the emblem of the marines on a baseball cap (if he wasn’t wearing a cap from his beloved Chicago Cubs or Chicago Bulls), but tattooing things like an English Bulldog on his arm to signify the nickname of the marines – Devil Dogs. A tattoo expressing love for his mother adorned his right arm. And many more covered his arms and chest. He loved his tattoos.

Through the Marine Corp. he travelled all across the world. He didn’t like being away from his wife and his first newborn son (born while he was overseas, though he would be there for John’s birth), but he was able to become diving certified, see Korea, and explore the world. Not many get to say they’ve done that.

And he had a lot of fun with his Marine brothers. Old photographs show smiles, parties, bonding over beach volleyball and basketball. It was a family he loved dearly until he passed. He was always proud to be a Marine.

During his service Louie would marry and have two children, Louis and John, now 32 and 29. Both received different parts of their father: Louis was granted his father’s writing skills. Louie would later go on to win local awards in his poetry later in life. John was athletic and born with an aptitude to build and create things.

A writer, a singer of love songs he would record and send via cassette tape to his then wife, and a bowler – an incredible bowler – Louie was more than most people knew. He won awards as a bowler as well, and proudly talked about how winning a tournament got him a chance to meet Miss Wisconsin. He proudly displayed that photo with her.

Louie loved life and his family. He was always talking about how much he loved everyone and was proud of their accomplishments.

His joy was evident with his actions taken with his family. You could see it when he hopped on a bicycle with a nephew to go fishing. In the nicknames he gave nieces. In how he always wanted to talk sports – even if that meant he was at odds with his son, John, a Packers fan, not a Bears fan! In how he was always grilling hot dogs after a baseball game for Louis or teaching John how to bowl. You could see it in the strength of his writing, in how he loved to joke and laugh. He will be severely missed by everyone. And loved. Always.